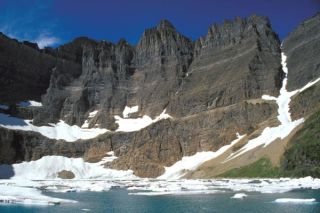 Pesticides and other pollution from agricultural and industrial sources are a continuing concern in national parks of the West, two new studies confirm.

In research performed by an international group of scientists from 2003 to 2005, pesticides and other forms of pollution were found in eight national parks  and preserves that were studied — Sequoia, Rocky Mountain, Glacier, Olympic, Mt. Rainier, Denali, and Gates of the Arctic National Park and Preserve, and Noatak National Preserve — in terrain ranging from the Arctic to southern California. Most of this pollution was caused by regional agriculture or industry, but some had traveled thousands of miles from distant sources in Asia and elsewhere, the studies revealed.

While scientists were aware that there were some pollutants in national parks, "it still seems surprising that such remote and supposedly pristine areas are not all that pristine," said lead investigator of both studies Staci Simonich of Oregon State University. "You never really get used to that. And we're now nailing down just where the real problems are and what is causing them."

The biggest concern, Simonich said, appears to be pesticides, which can bioaccumulate up the food chain, and were most often linked to regional agricultural activities. Bioaccumulation is the gradual buildup of a chemical over time in an organism. And while one toxic particle in an animal at the bottom of the food chain (such as phytoplankton) doesn't cause damage, if a larger fish, say, consumes hundreds of that tiny organism, the fish would end up with hundreds of times the amount of toxic particles.

Of the areas studied, the largest problems with pesticides were found in Sequoia, Rocky Mountain and Glacier National Park.

The researchers did not attempt to evaluate the full scope of environmental impacts, but they did observe some disturbing evidence of male fish at some high-elevation locations becoming "feminized" and developing eggs – a problem more commonly found at the outflows of wastewater treatment plants.

One of the studies also addressed polycyclic aromatic hydrocarbons, or PAHs – the often-toxic compounds formed from incomplete combustion of fossil fuels, as well as from burning or decay of forests or other biomass. Anything from automobile exhaust to a forest fire or industrial activity can cause PAH emissions. One measurement of PAH concentrations in a sample taken from Glacier National Park, near a local aluminum smelter, were off the charts – 60,000 times higher than most other samples.

The study also found that:

The beauty and health of the nation's national parks aren't the only factors impacted by the observed pollution. The researchers noted that "potential risks exist for indigenous people and subsistence food consumers that rely on fish and meat from cold ecosystems."

The research was supported by various agencies, including the National Institute of Environmental Health Sciences, the EPA, the National Park Service, USDA Forest Service, U.S. Geological Survey and others.