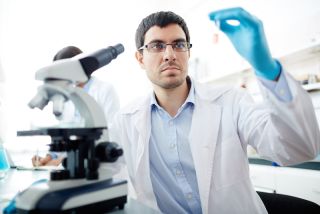 Many patients may not know the full story about their drugs or medical treatments because of a widespread problem involving unpublished or biased clinical trials, according to mounting evidence.

Oftentimes, medical journals or pharmaceutical companies that sponsor research will report only "positive" results, leaving out the non-findings or negative findings where a new drug or procedure may have proved more harmful than helpful.

A new review of research about this problem points to hidden or misleading studies for all sorts of conditions, including depression, Alzheimer's disease, type 2 diabetes, menopausal symptoms and cancer, said researchers at the Institute for Quality and Efficiency in Health Care (IQWiG) in Germany. [Science You Can Eat: 10 Things You Didn't Know About Food]

"You can't say this is an isolated problem," said Beate Wieseler, deputy head of IQWiG's Drug Assessment Department. "It's widespread, and it affects drug companies, universities and regulatory authorities."

Much of that problem arises from financial conflicts of interest when pharmaceutical or medical device companies fund the studies, according to Wieseler and her colleagues. They pointed to past research showing an association between industry sponsorship and positive outcomes or conclusions in studies.

One of the most well-known examples of bias involves the selective serotonin reuptake inhibitor (SSRI) paroxetine (Paxil), an anti-anxiety medicine. The pharmaceutical company GlaxoSmithKline suppressed results from four trials that not only failed to show treatment effectiveness for off-label use of its SSRI among children and teens, but also showed possible increased risk of suicidal tendencies in this age group. (Off-label means the drug, while approved by the FDA for some uses, isn’t approved for that particular usage.)

As part of a legal settlement with New York State, GlaxoSmithKline agreed to establish an online clinical trials registry for the result summaries of all its sponsored studies conducted after a certain date.

But that's just one company. For the rest, physicians and patients must rely upon either journal publications or whatever shows up in the online registry of the U.S. Food and Drug Administration. The FDA currently does not disclose much of the information it receives from companies when deciding what drugs or devices to approve for market.

Now Wieseler and her colleagues want a global system to register trials and make public all research results for drugs or other medical interventions. They detailed their findings in the April issue of the journal Trials.

Selective publishing can prevent the rapid spread of beneficial treatments or interventions, but more commonly it means that bad news and failure of medical interventions go unpublished. Adding to the problem of disinformation is misinformation, including slants or biases in media stories about the research, the German researchers say.

"It's been shown that reporting bias is associated with all sorts of funding – government funding, department funding, industry funding – but the worst source of bias is industry-funded," said Kay Dickersin, an epidemiologist at Johns Hopkins University in Baltimore, who was not involved in the German review.

That can mean serious issues for physicians who vow to "do no harm" per the Hippocratic Oath if they unknowingly make treatment decisions based upon bad or incomplete evidence.

For instance, drugs such as Tambocor (flecainide) prescribed in the 1980s to prevent irregular heartbeat may have cost thousands of lives, according to a national study conducted by the National Institutes of Health from 1987 to 1989. That tragedy occurred because early warning signs of dangerous side effects were not published.

"When physicians develop treatment recommendations, they rely on the published record," Wieseler told LiveScience. "If that's biased, then the treatment is biased."

Many physicians rely mostly upon published journal studies, agreed Erick Turner, a psychiatrist with the Portland VA Medical Center in Oregon. Turner said the average physician lacks the statistical training necessary to understand how some studies exaggerate or distort results.

"If the average physician believes that every trial done on a drug is positive, they're going to have a very rosy impression and perhaps pooh-pooh [other] treatments that might also be effective," said Turner, who was not involved in the new study. "That distorts the risk-benefit ratio."

A history of confusion

Turner knows all too well about such problems. He shook up the medical community in 2008 when he reported that unpublished studies about antidepressants made the drugs appear to work much better than they really did. Of 74 antidepressant studies registered with the FDA, 37 studies that showed positive results ended up being published. By contrast, studies that showed iffy or negative results mostly ended up going unpublished or had their data distorted to appear positive, Turner found.

The missing or skewed studies helped create the impression that 94 percent of antidepressant trials had produced positive results, according to Turner's analysis, published in the New England Journal of Medicine. In reality, all the studies together showed just 51-percent positive results.

For instance, a past analysis of clinical trials supporting new drugs approved by the FDA showed that just 43 percent of more than 900 trials on 90 new drugs ended up being published.

In other words, about 60 percent of the related studies remained unpublished even five years after the FDA had approved the drugs for market. That meant physicians were prescribing the drugs and patients were taking them without full knowledge of how well the treatments worked.

"We think that at least half of full trials never reach publication, maybe more," Dickersin said. She added that clinical researchers often don't submit their negative results for publication, for any number of reasons.

Another broad example of reporting bias comes from choosing what study outcomes to include in the final publication. Comparisons of research protocols and actual journal articles showed that results were excluded or the analyses changed in 40 percent to 60 percent of medical studies.

How to fix the problem

Those hidden or undisclosed studies could get more attention soon. The FDA's Transparency Task Force, launched in June 2009, unveiled draft proposals last month that would make much more information about drugs and medical devices publicly available.

The proposals include language stating the agency would disclose when a drug or device is being studied and for what indication, when an application is submitted or withdrawn by a sponsor, whether there were major safety concerns related to a withdrawn application, and why the agency did not approve an application.

The FDA's European counterpart, the European Medicines Agency, has also considered its own steps toward more disclosure.

"The agencies understand that there's a need for more transparency," Wieseler said. "There is increasing understanding that the public should have access [to clinical trial data]."

But regulatory agencies still have not decided how to balance the need for public access against the desire by companies to keep commercial information or trade secrets confidential, Wieseler noted.

Another problem concerns off-label use of drugs. Such cases rest beyond the authority of the FDA, because the agency never granted official approval for the uses prescribed by physicians.

"If you're interested in selection bias for off-label use, there's nowhere to go but publications," Dickersin noted. Unpublished or biased studies again become an issue.

In one case, the pharmaceutical giant Pfizer sponsored 20 studies on whether gabapentin (Neurontin) could work for off-label treatment of conditions such as bipolar disorder or migraines. But eight of the studies were never published.

Dickersin and other researchers had the chance to review the missing data only after Kaiser Foundation Health Plan Inc., an insurance company, launched a lawsuit against Pfizer. They found that Pfizer had skewed the findings to downplay Neurontin's lack of effectiveness for off-label usages.

To be or not to be public

Turner suggested that the FDA's existing registry of drugs and devices could still become the foundation for a better and more comprehensive registry. But he added that many FDA drug reviews are still missing from the publicly available registry.

For instance, the FDA's online registry mainly includes trials for drugs and devices approved since 1997. That still leaves out some pharmaceutical blockbusters, such as the cholesterol-management drug Lipitor, or the anti-depressant Prozac, which came out earlier.

The FDA registry also lacks much information about second or third indications, where drugs or devices get officially approved by the agency for new treatments beyond their original purpose.

Turner gave the example of the antipsychotic drug Abilify, which originally received FDA approval for treating schizophrenia. The agency later approved Abilify to also treat mania and depression, except without the relevant information on its success or failures in this capacity being made public.

"I don't see that they've paid attention to my questions, which focused on accessibility of reviews," Turner said. "To really assess what drugs are effective in journal articles, we need better access to reviews that should be there."