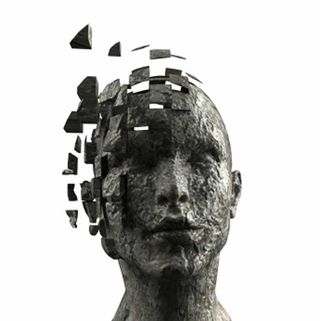 Psychopathic behavior can take many forms, not all of it violent. But some common themes underlie the condition, with pieces of a brain's emotional machinery missing. Psychopaths often lack empathy, guilt, conscience or the ability to show remorse. Image
(Image: © stockxpert)

As exaggerated as many popular depictions of psychopaths often are, many nevertheless do pose a genuine danger to others. So what makes psychopaths the way they are?

Scientists are now working toward uncovering the roots of this disorder in the brain. Their research could lead to ways to intervene against the disorder and hopefully prevent it from manifesting.

But answers remain elusive, in part because it's no easy (or safe) task to study the brain of the typical psychopath.

"Psychopaths are often big trouble for those around them," said clinical psychologist Joseph Newman at the University of Wisconsin. "If we can find out what underlies their problems, we might be able to identify what kinds of interventions might be able to work for them."

"Although not all psychopaths are violent, their kind of behavior is very destructive socially, and hurts our trust of other people," he added. "And many people in prison who might otherwise be treated sympathetically aren't given the chance they deserve because people have trouble distinguishing them from true psychopaths."

Scientists investigating the disorder commonly agree that psychopaths are often marked by the following traits:

"There are people who are impulsive, at high risk of substance abuse, who are high in emotionality, whom many people call psychopaths, but that is more what we'd call an externalizing syndrome," Newman said. Many scientists researching psychopathy see it as an emotionally cold disorder.

When it comes to locating the areas in the brain where psychopathy might have its roots, scientists have a number of suspects. One brain region less active in psychopaths is the amygdala, which is normally linked with fear.

"There's a lot of history regarding psychopathy as a disorder of fear," Newman said. "Fear is what keeps the rest of us in line, helps us learn what society wants us to do and not do to keep us out of trouble, and the idea is that psychopaths do whatever they want to do."

Another brain area that scientists have probed in psychopaths is the orbital frontal cortex or regions within it, as damage there leads to poor decision making, "which could be a plausible model of psychopathy," Newman explained.

Neuroscientist Kent Kiehl at the University of New Mexico suggests psychopathy is rooted in the "paralimbic system." Included within this network of brain regions are the amygdala and orbital frontal cortex, as well as other areas involved with emotions, inhibitions and attention.

Although regions linked with feelings often receive a great deal of attention in research into psychopathy, there are hints the disorder impacts more than just emotions. "Studies have shown psychopaths can have trouble processing words dealing with abstract concepts or emotional content," Newman said. "When investigating psychopathy, you want to look at the full range of deficits that are present, not just the emotional ones, to really account for what might be going on."

Past research, including studies with twins, suggest there is a genetic predisposition to psychopathy. Still, it remains uncertain how much their environment influences the development of the disorder. "Just because one has a predisposition doesn't mean that they have to end up behaving that way," Newman said.

It remains hard to get to the root of psychopathy, since the most recognizable group of psychopaths are criminals, "and bringing prisoners out to get their brains scanned puts a lot of people in risk, so it's very complicated to do," Newman said.

Still, understanding the roots of psychopathy in the brain hopefully will lead "to an ability to identify and negate the problem,," Newman said. "By finding out what predisposes someone toward psychopathy and how these vulnerabilities interact with the environment to give rise to a full-blown case of the disorder, I believe one might be able to prevent the unfortunate development of psychopathy."