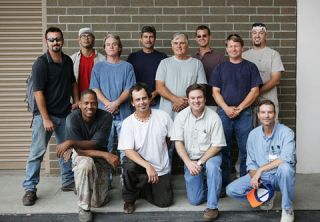 Males are promiscuous and females are selective when choosing a mate, biologists have said for decades. But a new study finds it might not be that simple.

The study, published in this month's issue of the journal Trends in Ecology and Evolution, evaluated data on 18 populations – from Pitcairn Islanders to the Dogon of Mali – and found that on average, the variance in the number of children is greater for men than for women. This is about what you'd expect on the basis of long-time theory.

However, Gillian R. Brown, a professor at the School of Psychology at the University of St Andrews and the study's lead researcher, says that the research also found big differences among populations on the patterns of reproductive success for men and women.

For example, the study cites societies in Botswana, Paraguay and Tanzania in which women – not just men – conceive children with multiple partners.

Brown's study challenges the research of Angus J. Bateman, who in 1948 conducted a study on the mating habits of fruit flies. Bateman found that male flies had greater variance, and success, in both their number of sexual partners and their number of offspring than did females.

Because eggs are harder to come by than sperm, Bateman said, a female fly's offspring were restricted by her ability to produce eggs; meanwhile, a male fly's reproductive success was limited only by the number of females he inseminated.

In subsequent years, the fruit-fly finds were applied to other species, including humans. But Brown's research shows that in some populations, Bateman's work – in particular, his findings regarding offspring – doesn't necessarily hold true.

"Evidence for sex differences in variation in reproductive success alone does not allow us to make generalizations about sex roles, as numerous variables will influence [Bateman’s findings] for men and women," Brown writes.

"We argue that the more flexible and variable human behavior is, the less powerful their explanation in terms of universal sex roles," Brown tells LiveScience. "Males and females should perhaps not be characterized in the way normally presented by evolutionary psychologists … the idea that we can predict everything about human sex roles on the basis of the differential costs of producing eggs and sperm is simplistic."

Brown's research also addresses the issue of reproduction within a monogamous partnership; while only 16 percent of societies have monogamous marriage systems, they make up a large percentage of relationships in the developed world. In such societies, variances in male and female reproductive success were similar. Furthermore, in half of the world's polygamous marriages — which account for 83 percent of the world's societies — less than 5 percent of men take more than one wife.

Brown is careful to point out that the research didn't include data on the actual number of people's sex partners. Here is why: the studies reporting these statistics are scientifically unsound, she said, which helps explain the mathematical difficulties in research that finds that men have more sex partners than women. (One such study, conducted by the National Center for Health Statistics, claims that men have an average of seven sex partners during their lifetime, while women have four.)

"[The reported numbers are] logically impossible if we're assuming these are heterosexual interactions and that all individuals have been questioned," Brown says. "We were particularly interested in asking whether the variance (not average) in mating success differs between men and women, but questionnaire studies don't seem to be a sufficiently reliable source of evidence."

Indeed, past research has shown that not only do people lie on such surveys, but that they admit their lies minutes later.

Hard statistical evidence is easy to gather from fruit flies, but the application of the resulting data to the more complex sexual dynamic of humans does not necessarily, er, bear fruit.