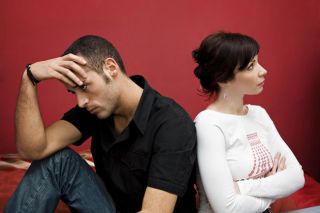 SAN DIEGO – A little arguing now and then is good for you, if done for the right reasons, a new study suggests.

The results show when people experience tension with someone else, whether their boss, spouse, or child, sidestepping confrontation could be bad for their health. Avoiding conflict was associated with more symptoms of physical problems the next day than was actually engaging in an argument.

Bypassing bickering was also associated with abnormal rises and falls of the stress hormone cortisol throughout the day.

"Relationships have important influences on how we feel on a daily basis, especially the problems in our relationships," said study researcher Kira Birditt, of the Institute for Social Research at the University of Michigan. "How we deal with problems affects our daily well-being," she said.

Previous research has shown married couples who avoid arguments are more likely to die earlier than their expressive counterparts. Another study found that expressing anger contributes to a sense of control and optimism that doesn't exist in people who respond in a fearful manner.

The study was presented here on Aug. 12 at the 118th Annual Convention of the American Psychological Association.

To fight or not to fight

In a previous study, Birditt and her colleagues found that the most common way for people to deal with their interpersonal problems is to simply avoid them. The researchers wanted to know the health impacts of this avoidance behavior.

They analyzed data from 1,842 adults ages 33 to 84 who took part in the Nation Study of Daily Experiences. Each day for eight days, participants were asked whether they had engaged in an argument or whether they had experienced a situation in which they could have argued but decided to let it pass without a fight. The subjects also gave saliva samples for four of the days.

Most participants, 62 percent, said they sidestepped arguments at some point during the study, 41 percent reported engaging in conflict. Twenty-seven percent of participants indicated no tension.

some type of tension (whether they avoided it or not) reported more negative emotions, such as feeling upset or angry, and physical symptoms, including nausea or aches and pains, than did people who didn't experience any tension during those eight days.

However, avoiding conflict was associated with having more of these physical symptoms the following day, Birditt said.

Abstaining from arguments was also linked to an unusual daily cortisol pattern. Typically, a person experiences a peak in their cortisol levels just after waking, and the stress hormone declines throughout the day. People who avoided arguments saw a sharper rise in their morning cortisol levels and a slower decline over time. "They're less able to calm down over the course of a day," Birditt said.

While the researchers aren't sure what this could mean in terms of overall physical health, it's thought that any abnormalities in daily cortisol patterns could be problematic, Birditt said.

Interestingly, those who argued actually saw a lower rise in their morning cortisol levels. This might be because "people who have lots of arguments and chronic stresses in their relationships are less reactive to tension over time," Birditt said. Essentially a ticking bomb versus one that's already released its power in a more gradual way.

Future work might shed light on the cortisol-arguing link and its impact on health. In addition, Birditt hopes future work might reveal whether it's better to avoid arguments in certain situations, say with a coworker, and engage in them in others, like with a spouse.