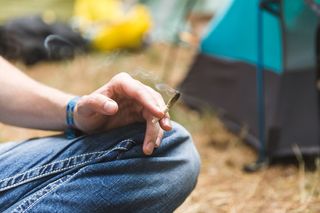 Summer is the most common season for U.S. teens and adults to try illegal or recreational drugs for the first time, a new study finds.

The study researchers analyzed information from more than 394,000 Americans ages 12 and older who completed a yearly survey on drug use between 2011 and 2017. Participants were asked whether they had used certain drugs — including LSD, marijuana, cocaine and ecstasy (also known as MDMA or molly) — and what month and year they initiated use.

During the summer (June through August), more people first tried these drugs, compared with other times of year. The findings were published today (July 23) in the Journal of General Internal Medicine. [7 Common Summer Health Concerns]

For example, 34% of people who said they'd begun using LSD in the previous two years had first tried the drug during the summer months. And among those respondents who had recently started using marijuana, cocaine or ecstasy, about 30% had initiated use during the summer. That compares with fewer than 25% of recent initiates of LSD, marijaua, cocaine or ecstasy who said they'd started using the drugs during each of the other three seasons of the year.

The researchers hypothesized that the uptick in drug initiation during the summer months may be due, in part, to people having more leisure time during the summer. Outdoor social activities, such as musical festivals, are more common in the summer and may increase a person's chances of exposure to drugs or the individual's willingness to use them, the authors wrote in the study.

"Parents and educators who are concerned about their kids need to educate them year-round about potential risks associated with drug use, but special emphasis appears to be needed before or during summer months, when rates of initiation increase," study senior author Joseph Palamar, an associate professor in the Department of Population Health at the New York University School of Medicine, said in a statement.

First-time drug users may be unfamiliar with the drugs' effects, which may put these individuals at higher risk of harm, the authors said.

Still, the problem of illegal drug use isn't going away anytime soon, and each year, millions of Americans try LSD, marijuana, cocaine or ecstasy for the first time.

People who do decide to use illegal or recreational drugs for the first time should educate themselves about the drugs' side effects, Palamar said. He also recommended having the company of trusted friends when using a drug for the first time and making sure to drink enough fluids and get enough rest to avoid dehydration, exhaustion and heat stroke.

More research is needed to determine why summer is a risk factor for drug initiation, as well as the particular situations that lead people to use drugs for the first time, the authors said.