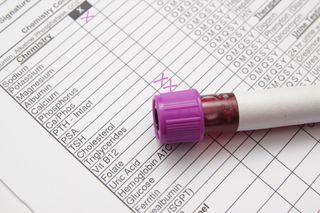 When it comes to "bad" cholesterol, lower is usually better for heart disease risk. But a new study suggests it may be possible for cholesterol levels to be too low.

The study researchers found that low levels of "bad" cholesterol, known as LDL cholesterol, were tied to an increased risk of hemorrhagic stroke, which occurs when a blood vessel bursts in the brain.

The findings suggest that, "as is true with many things in nutrition, moderation and balance is key when deciding the optimal target level of LDL cholesterol," study senior author Dr. Xiang Gao, an associate professor of nutritional sciences at Penn State, said in a statement. "You can't go to either extreme — too high or too low."

The authors said the findings, which were published yesterday (July 2) in the journal Neurology, might help further refine recommendations for healthy cholesterol levels. For example, people who are at high risk for hemorrhagic stroke, because of risk factors such as having a family history of the condition, might be better off aiming for cholesterol targets that aren't quite as stringent as would otherwise be recommended. [9 New Ways to Keep Your Heart Healthy]

Still, the findings will need to be confirmed by further research. Although the new study was large, involving nearly 100,000 people, all of the participants lived in a single city in China, and it's unclear how well the findings apply to other populations.

Cholesterol is a waxy substance found in the body. There are several types of cholesterol, including LDL (short for low-density lipoprotein), which is sometimes called "bad" cholesterol. That's because high levels of LDL can lead to the buildup of plaque in the arteries, and increase the risk of heart disease and ischemic stroke, which occurs when a clot blocks blood flow to part of the brain.

For healthy adults, LDL cholesterol should stay below 100 milligrams per deciliter (mg/dL), according to the National Institutes of Health. However, recent guidelines recommend that people who are at very high risk of heart problems should aim to get their LDL cholesterol even lower, below 70 mg/dL.

In the new study, the researchers analyzed information from about 96,000 adults in the industrial city of Tangshan, China, who had no prior history of stroke, heart attack or cancer. The participants had their cholesterol levels measured at the start of the study and again each year for nine years.

During the study period, there were 753 cases of hemorrhagic stroke.

Still, it's important to note that the overall risk of hemorrhagic stroke was relatively low, occurring in less than 1% of the participants.

Exactly why low LDL cholesterol is linked with an increased risk of hemorrhagic stroke is not known. But cholesterol itself plays a key role in the formation of cell membranes, and it may be that very low LDL levels lead to fragility in red blood cells, making them more prone to rupture, Gao said. LDL is also thought to be involved in the pathway that allows blood to clot, he said, so low LDL levels may increase bleeding risk.

In terms of preventing ischemic heart disease and stroke — that is, disease caused by the restriction of blood flow to tissues — lower "bad" cholesterol is better, said Dana Hunnes, a senior dietitian at the Ronald Reagan UCLA Medical Center in Los Angeles who wasn't involved with the study. But at the same time, the new findings suggest that "levels of LDL cholesterol that are too low, in this case, less than 70 mg/dL, are also detrimental" in this particular population, by increasing the risk of hemorrhagic stroke, Hunnes told Live Science.

However, the authors acknowledged that it may be challenging to apply these results to people in other countries living under different circumstances, Hunnes said.

Moreover, the study didn't account for people's dietary habits, which Hunnes would like future studies to consider.

"The dietitian in me is dying to know if certain dietary patterns may attenuate or accentuate the risks seen" in this study, Hunnes said.