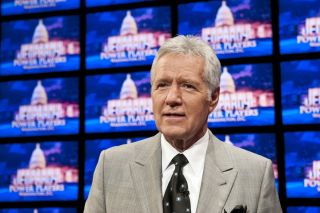 Long-time "Jeopardy!" host Alex Trebek has revealed that he has been diagnosed with stage 4 pancreatic cancer.

Trebek, who is 78, announced his diagnosis today (March 6) in a video posted to the show's YouTube channel and shared on social media.

"Normally, the prognosis for this is not very encouraging, but I'm going to fight this, and I'm going to keep working," Trebek said in the video.

Stage 4 cancer means that the cancer has spread, or metastisized from the pancreas to another part of the body, such as the liver, lungs or bones, according to the Pancreatic Cancer Action Network (PanCAN), an advocacy organization for pancreatic cancer. Given that this cancer is difficult to detect in its early stages, most patients with pancreatic cancer are diagnosed only once it's reached stage 4 cancer, PanCAN says.

Pancreatic cancer is difficult to detect in the early stages in part because patients often don't experience symptoms until the disease is advanced. And if they do have early symptoms, they are often vague, such as back pain or nausea, PanCAN says. There is also no screening test for pancreatic cancer.

This cancer is particularly deadly, with only 9 percent of patients, overall, surviving five years after their diagnosis, according to the American Cancer Society. For patients with stage 4 pancreatic cancer, the five-year survival rate is only 3 percent.

But Trebek was optimistic about his diagnosis. "With the love and support of my family and friends and with the help of your prayers ... I plan to beat the low survival rate statistics for this disease," he said.