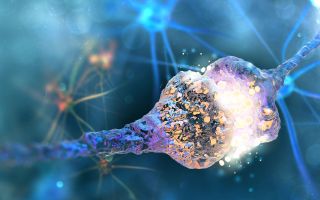 On Tuesday (March 5), the U.S. Food and Drug Administration (FDA) approved a ketamine-like nasal spray for patients with depression who haven't responded to other treatments.

But what makes this newly approved treatment so different?

The drug, called Spravato and made by Janssen Pharmaceuticals, contains the active ingredient esketamine. This substance has the same molecular formula as ketamine but a different chemical structure. (In other words, it contains the same type and number of elements but in a different configuration.) Ketamine is typically used as an anesthetic, but it’s also been used as an illicit party drug.

One reason experts are excited about the nasal spray is that its effects can be seen within several hours to days. Other antidepressants, meanwhile, can take weeks to start working. [7 Ways Depression Differs in Men and Women]

Antidepressants work by regrowing brain cells and the connections between them, and ketamine appears to have the same effects, said David Olson, an assistant professor of chemistry, biochemistry and molecular medicine at the University of California, Davis. But, these effects likely start much sooner than with other antidepressants, he said.

Still, it's not entirely clear how the drug works.

Ketamine-like drugs are "dirty”, meaning they likely hit a variety of targets in the brain, Olson told Live Science. "There are a lot of very interesting hypotheses out there, [and] many of them are probably partially valid."

One idea is that ketamine treats depression by blocking a neurotransmitter called glutamate from binding to the NMDA receptor, and stopping signals from cascading across the brain, Dr. Alan Schatzberg, a professor of psychiatry and behavioral sciences at the Stanford University School of Medicine, told Live Science.

Glutamate is a chemical that brain cells use to send signals to other brain cells. But high levels of it can cause over-excitement in the brain, which can, in turn, damage brain cells.

A more controversial idea is that ketamine binds to opioid receptors, causing a release of naturally occurring opioids in the body. Schatzberg and his team published a small study on this last summer in which they gave patients with depression ketamine twice — once after receiving an opioid-blocking drug, and once after receiving a placebo in place of the opioid blocker. The two treatments took place about a month apart, and neither the participants nor the researchers knew whether patients received the opioid blocker or the placebo. The study found that the patients responded well to the ketamine treatment if they didn't receive the opioid-blocking drug, but ketamine had no effect on those that did, suggesting an opioid-like role.

This hypothesis has some experts concerned about ketamine-based drugs as a depression treatment.

"My concern about this compound is that it is a disguised form of opiates," said Dr. Mark George, a distinguished professor of psychiatry, radiology and neurosciences at the Medical University of South Carolina. While George said he is "overjoyed" for the prospect of a new treatment option, "I'm alarmed that there is pretty clear evidence [that] the way ketamine works is through the opioid system."

If this is the mechanism that ketamine acts through to treat depression, its effects won't last and people might develop a tolerance to the drug, possibly even becoming addicted, George told Live Science. But if its antidepressant effects come from other mechanisms, such as blocking the NMDA receptor, then "that's good," he said.

Olson, however, said that he is less convinced by the opioid hypothesis and thinks more work needs to be done before ringing the alarm bells.

What's more, the new drug will see limited use. The medication comes with a risk of sedation and dissociation, such as difficulty with judgment, attention and thinking. Because of that, the nasal spray was approved to be used only under a "restricted distribution system," according to a statement from the FDA.

This means that only patients with severe depression who haven't responded to at least two antidepressant treatments can receive the drug. In addition, the treatment is administered only in doctor's offices, and patients must stay in the office and be monitored for several hours after receiving the treatment.

Ultimately, despite some potential problems with the newly approved drug, experts are hopeful it will come through strong.

Editor's Note: This story was updated on March 7 to include additional information about Dr. Alan Schatzberg's study.