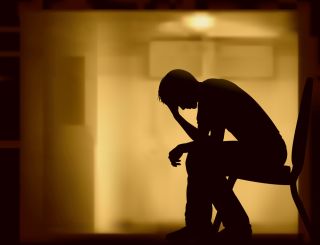 About 30 million Americans suffer from depression, and when a sudden wave of severe symptoms hits them, there's no instant fix. The most commonly prescribed drugs — Prozac, Celexa and Zoloft — take a few weeks to kick in, and in the meantime, depressed people are at an escalated risk of suicide. More than half the time, the prescribed drug doesn't end up working at all, and patients must start over with a different treatment.

But there's a new drug in town: ketamine. It's not new, exactly — it has been used as an anesthetic for decades, and it's a popular drug among night clubbers (called, in that context, "Special K"). But after noticing the euphoric effect the drug seems to have on anesthetized patients, psychiatrists have begun conducting clinical trials of ketamine as an anti-depression medication. The initial results are extremely promising.

"Once the patient takes ketamine, it causes euphoria and a rapid antidepressant effect within two hours," said Asim Shah, associate chief of psychiatry at Ben Taub General Hospital in Houston and a professor at Baylor College of Medicine, where the new study is taking place. Furthermore, ketamine helps a greater proportion of the affected population than traditional antidepressants. Prozac and other treatments each improve conditions for only about 30 to 40 percent of the patient population, barely outperforming placebos; meanwhile, a single infusion of ketamine washes away the symptoms of 80 to 90 percent of patients who try it, Shah said.

Scientists understand how ketamine chemically affects the brain, but they don’t quite know why it alleviates depressive symptoms. According to Ken Robbins, a clinical professor of psychiatry at the University of Wisconsin-Madison, ketamine binds to portals in the brain called NMDA receptors; this prevents a chemical called glutamate from occupying the same spots. Because glutamate revs up the system and can cause cell damage, ketamine has a sedative effect by blocking it. Somehow, this causes euphoria.      "The hypotheses for why ketamine might be helping depression are in their infancy," Robbins said. Whatever the explanation, "it's a very different mechanism from that of other anti-depressants we now use. I think what we're seeing is there may be a whole other neurotransmitter system that plays a role in depression that we weren't aware of." [Top 10 Mysteries of the Mind]

In the new study — a joint effort of Baylor College of Medicine's Neuropsychiatric Center and researchers at Mount Sinai Hospital — depressed patients are given one dose of ketamine, and doctors monitor how long this keeps their depression at bay.

"We're seeing the benefits lasting a few days to a few weeks," Shah said. The researchers are already planning a follow-up study in which six infusions of ketamine will be administered. If the positive results continue, Shah believes the Food and Drug Administration will eventually approve the drug for use as an antidepressant; he hopes it will become available in two years, though the drug will be more expensive than the $4 per month cost of generic versions of Prozac.

The researchers suspect that ketamine — which is addictive, and must be administered intravenously — will most likely end up being used in tandem with other drugs, rather than replacing them. It would make a good temporary fix, significantly reducing patients' suicide risk, while they wait for longer-term treatments to kick in.

Some doctors are administering ketamine as a quick fix for depression already. "The fact of the matter is people have picked up on the promising research results, and doctors are prescribing it off-label without FDA approval. Even if it is not approved, when you tell a patient, 'I have an anesthetic agent that is an instant fix for your depression,' they want it," Shah said.

This puts doctors at risk of getting sued if the unapproved treatment turns out to be ineffective, and the scientists say it would be best for doctors and patients to wait until the research process has run its course.

"I don't want people to think that taking ketamine illegally or from the streets will treat depression," Shah said. "Taking the wrong dose or taking too much of it might make you even more psychotic."