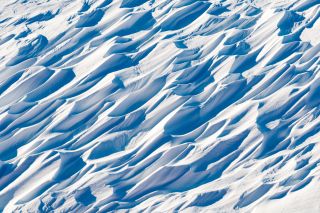 Scientists weren't trying to break a word record when they drilled the deepest hole ever made in Antarctica.

Rather, they're hoping that by peeking below the ice sheet, they'll be better equiped to predict how the area will respond to climate change in the coming years, according to a statement from the British Antarctic Survey, which is leading the project.

Scientists have been planning the project, called BEAMISH (Bed Access, Monitoring and Ice Sheet History), for the past 20 years. On Jan. 8, after 63 hours of continuous drilling using a hot-water drill (a large tool that melts the ice), they broke through the base of the Rutford Ice Stream in West Antarctica. [Antarctica: Solving Geologic Mysteries]

The team reached a depth of 7,060 feet (2,152 meters) and threaded instruments through the hole to record water pressure and ice temperature, and to measure how much the ice has deformed.

Both Antarctica and our planet's other polar ice sheet, Greenland, have been melting at an accelerating rate due to a warming climate. But scientists are still unsure of what to expect in the future in terms of how much ice will ultimately melt and contribute to sea-level rise.

By drilling down deep, the team hopes to find out how long ago the Antarctic ice sheet last disappeared and how water and sediments may be nudging the ice toward the sea, according to the project's webpage. (Ice streams are kind of like frozen rivers where ice moves faster than the rest of the area.)

The team drilled a second hole on Jan. 22, and the project is expected to continue until mid-February.