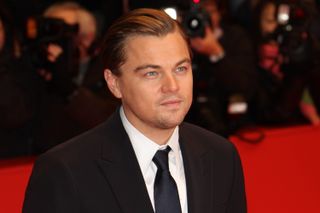 Leonardo DiCaprio, shown here at the 60th Berlin Film Festival in 2010, is rumored to be in the market for dinosaurs.
(Image: © Shutterstock)

Leonardo DiCaprio is rumored to be in the market for a $2.5 million dinosaur duo: a meat-eating Allosaurus mother and babe, according to Page Six in the New York Post.

If the rumor is true, the prehistoric purchase would be "very disappointing," said Thomas Carr, a vertebrate paleontologist and an associate professor of biology at Carthage College in Wisconsin, who is not involved with the sale.

"[Dinosaur fossils] should not be auctioned at all — fossils are data, and they are our only means of understanding the history of life on this planet," Carr told Live Science in an email. "For publishable science to be done, the fossils must be accessioned into a legitimate museum collection." [Photos: Newfound Tyrannosaur Had Nearly 3-Inch-Long Teeth]

According to Page Six, "art spies" said that DiCaprio was eyeing the mother and baby Allosaurus specimens, which were on display at an Art Miami exhibition called "DeXtinction." The 150-year-old fossils from Wyoming were provided by the geology companies Avant Mining and Interprospekt, the New York Post reported.

However, a friend of DiCaprio countered the claim, saying, "Leo never saw the fossils while he was in Miami," the New York Post reported.

An email Live Science sent to DiCaprio's publicist went unanswered at press time. Whether the rumor is true or not, any private acquisition of dinosaur fossils is highly unethical, Carr said. That's because scientists usually don't have access to dinosaurs in private collections. Many scientists even consider it inappropriate to study and publish on private specimens, because other researchers may not have access to the fossils down the road, meaning old observations can't be retested.

Take, for instance, Carr's current project: a deep dive into the growth of another popular carnivorous dinosaur, Tyrannosaurus rex.

According to Carr's latest tally, there are 31 privately owned fossil specimens (including skulls, skeletons and less complete material) of T. rex in the world, and "this is almost certainly an underestimate," he said. To put that in perspective, Carr's study is based on 45 publicly available T. rex specimens.

If DiCaprio goes ahead and buys the Allosaurus pair, he won't be the only one to privately own a dinosaur. In June, another specimen (likely an Allosaurus) sold for $2 million at the Aguttes auction house in Paris. And the skeleton of an Allosaurus and Camptosaurus were auctioned off at the Artcurial auction house in Paris in November, according to the Society of Vertebrate Paleontology, which discouraged the sale.

Clearly, buyers are not heeding one of Indiana Jones' most famous lines: "That belongs in a museum!"