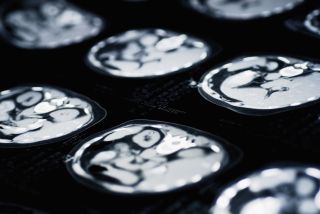 Going to space does more than change the way you look at the world — it also changes your brain.

In a new small study, published today (Oct. 24) as a Letter to the Editor in The New England Journal of Medicine, a team of researchers from Germany, Belgium and Russia detailed changes in the brains of 10 cosmonauts before and after long-term missions to space, finding "extensive" changes to the brain's white and gray matter.

What these changes mean for the cosmonauts is still an open question. "However, whether or not the extensive alterations shown in the gray and the white matter lead to any changes in cognition remains unclear at present," study co-author Dr. Peter zu Eulenburg, a neurologist and professor of neuroimaging at Ludwig-Maximilians-Univeristat München in Germany, said in a statement.

What's more, the researchers found that the circulation of cerebrospinal fluid — the clear liquid that cushions the brain and spinal cord — remained altered long after spaceflight. [7 Everyday Things That Happen Strangely in Space]

"Taken together, our results point to prolonged changes in the pattern of cerebrospinal fluid circulation over a period of at least seven months following the return to Earth," zu Eulenburg said.

The cosmonauts were all men with average age of 44 who traveled to the International Space Station. On average, they spent 189 days, or about six months, in space.

Cerebrospinal fluid volumes also changed after the cosmonauts' missions. On the first postflight brain scan, the CSF volume was increased in some areas and decreased in others relative to preflight levels. By the later scan, however, the CSF volume in the center of brain had returned to preflight levels, while the fluid in space between the brain and the skull had increased further.