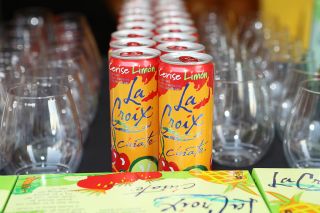 There's no doubt about it: Americans are hooked on LaCroix seltzer.

So, when a lawsuit was filed last week against the drink's parent company National Beverage Corp., claiming that LaCroix misled customers by labeling its ingredients as "all natural," the internet erupted in utter confusion about, or in defense of, the chic seltzer water.

The plaintiff, the law firm Beaumont Costales, is claiming that chemical testing revealed that LaCroix includes ingredients that the U.S. Food and Drug Administration (FDA) considers "synthetic," such as limonene, linalool propionate and linalool — the latter of which is also found in cockroach insecticide, according to a statement by Beaumont Costales.

Natural Beverage has denied the allegations and said in a statement that "All essences contained in LaCroix are certified by our suppliers to be 100 percent natural."

But when it comes to food labels, what does "natural" really mean? [9 Disgusting Things That the FDA Allows in Your Food]

The label "'natural' is not vigorously defined," said Gavin Sacks, an associate professor of food science at Cornell University who isn't involved with the lawsuit. "There's not a regulatory definition of 'natural,' rather there's a consumer idea of what natural is or feels like."

Indeed, the FDA notes on its website that it "has not engaged in rulemaking to establish a formal definition for the term" and that it considers the term "natural" to mean "nothing artificial or synthetic (including all color additives regardless of source) has been included in, or has been added to, a food that would not normally be expected to be in that food."

But definition aside, do LaCroix drinkers need to worry?

Two of the compounds that the lawsuit alleges are in the drink, limonene and linalool, are "widespread in nature and the foods and beverages that people are consuming already," Sacks said. Linalool, for example, is found in fruit, cinnamon, rosewood and mints, and limonene is found in citrus fruits like oranges and limes.

These two compounds, plus the third mentioned in the lawsuit — linalool propionate — are "aroma compounds." That means that they're somewhat volatile and will escape the product and waft up toward your nose. If you squeeze an orange or grate a lime, for example, it will release limonene, Sacks said.

As for linalool propionate, that chemical is found in ginger, lavender and sage oils. In the body, it breaks down in a way similar to linalool, he added.

All of this isn't to say that at a certain level, the compounds wouldn't be toxic, Sacks said. As the saying goes, it's the dose that makes the poison. Just like drugs, there's a certain limit up to which certain chemicals can be considered safe, he said. And while it's unclear what concentration of these aroma chemicals is found in these drinks, "companies [typically] target concentrations that are already found in [other] foods and beverages," he said. In other words, nothing you wouldn't encounter elsewhere.

That's not "just for safety," Sacks added. "If you increase the concentration too much, it just smells horrible … It's not going to smell 'natural' anymore." When you crack open a can, it would smell like you were in a perfume shop instead of drinking seltzer water.

Ultimately, as "long as [the] concentrations being used are comparable to those found in fruits and beverages, it seems unlikely they're going to be a health concern," Sacks said. "At the very least, [they would be] very minor concerns compared to more widely recognized health concerns."

What's more, in regard to the company that claims linalool is present in cockroach insecticide, Sacks said that even if that's true, it's not the active ingredient in the insecticide. In other words, linalool isn't the chemical that makes the insecticide toxic to the insects, it's just added so that the product can have a pleasant smell or mask other unpleasant smells, he said.

There are many ways to create these ingredients: If this "natural flavor" were derived from a nonnatural source such as from a petrochemical, that would be a "tough sell for calling it natural."

However, an "essence" is typically derived by distillation or separation of the volatile components from some sort of natural product like lemon oil, Sacks said. Indeed, in the statement, National Beverage said that all the natural flavors were derived from essence oils from fruits. There are no added sugars or artificial ingredients, the company wrote.