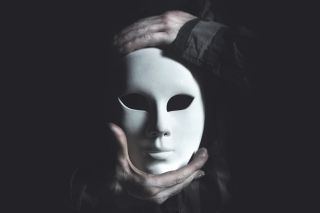 Narcissists, psychopaths and sadists all have something in common: An underlying "dark core" of personality.

Recent research suggests that so-called dark personality traits are all a manifestation of an underlying tendency to put oneself first at the expense of others. This underlying tendency, which researchers are calling the "D-factor," can be measured with a new test, available online here.

Previous studies have focused "on the differences [between] dark traits, because of course there is a difference between narcissism and psychopathic behavior in everyday [life]," said lead study author Ingo Zettler, a professor of psychology at the University of Copenhagen. "But we were more interested in similarities and commonalities." [7 Thoughts That Are Bad for You]

The study was published in July in the journal Psychological Review.

The D-factor that Zettler and his colleagues describe in the study is similar to the concept of general intelligence, or the "G factor." In intelligence, the G factor is a number that summarizes intelligence as measured across various types of tests. A person who is good at spatial reasoning tends to also do well on tests of verbal ability or math, for example. And a person's G factor has been found to be a predictor of life outcomes like job success, income and even health.

Usually, researchers focus on no more than three or so dark traits at a time, Zettler told Live Science. One of the most common groupings is the "dark triad" of narcissism (grandiose selfishness), Machiavellianism (willingness to manipulate people to get one's way) and psychopathy (callousness and antisocial behavior). Zettler and his colleagues expanded the list based on previous research, testing a total of nine dark traits. The other six were egoism (a focus on one's own achievements); moral disengagement (the belief that ethical rules don't apply to oneself); psychological entitlement (the belief that one deserves more than others); sadism (pleasure from hurting others); spitefulness (the desire for revenge, even at one's own expense); and self-interest.

In three separate studies in which several hundred to several thousand participants took online personality questionnaires, the researchers gathered a broad swath of data on each of these traits. They then used statistical modeling to figure out if the traits tended to co-occur at high levels.

The traits do tend to travel together, the researchers found. In fact, the underlying D-factor is strong enough to account for an overall dark personality, even if the tests drop one of the nine traits altogether. [5 Experts Answer: Can Your IQ Change?]

For example, taking away all questions about Machiavellianism, or even just pulling 75 percent of items off the questionnaire at random, didn't change people's D-scores much, Zettler told Live Science. That indicates that the D-factor is a robust personality measurement.

"[I]nformation about a general tendency to behave in an ethically questionable manner can be obtained by measuring [the D-factor] only," he said.

Underlying all of these traits is a willingness to manipulate, use or hurt others in order to advance one's own best interest, Zettler said.

Next, Zettler said, the researchers plan to study how the D-factor develops over time as well as how this underlying personality factor plays out in different scenarios. They also want to study how the D-factor correlates with specific behaviors. For example, there are already many studies on individual traits like psychopathy and narcissism and how they relate to workplace behavior, Zettler said.

"Antisocial behavior, aggression, cheating," he said. "This should all be related to the dark factor."