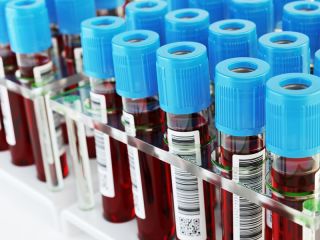 When it comes to so-called good cholesterol, a new study suggests there could be truth to the phrase "too much of a good thing."

The findings were presented Aug. 25 at the European Society of Cardiology Congress 2018 in Vienna, and the study authors discussed their work at a news conference Aug. 27. The findings have not yet been published in a peer-reviewed journal. [9 New Ways to Keep Your Heart Healthy]

HDL cholesterol has long been hailed for its positive qualities in the body, including its ability to clean arteries and its association with a lower risk of cardiovascular disease.

"The HDL molecule is very complex and does a lot of things in the body," said lead study author Dr. Marc Allard-Ratick, an internal-medicine resident at the Emory University School of Medicine in Atlanta. "One of the things that it does is that it helps to move bad cholesterol away from the blood vessel wall and out of the body."

What's more, "many studies have shown an inverse association between the good cholesterol and adverse cardiovascular events like heart attack," Allard-Ratick said. Most of those earlier studies, however, didn't look at patients with very high levels of HDL in their blood, he said.

The patients were divided into five groups, based on their blood HDL cholesterol levels: Less than 30 milligrams per deciliter (mg/dL), 31-40 mg/dL, 41-50 mg/dL, 51-60 mg/dL and more than 60 mg/dL. (HDL cholesterol levels above 60 mg/dL are considered "optimal," according to the Mayo Clinic.)

Then, the researchers tracked the patients for approximately four years. During the follow-up period, 769 patients either died of cardiovascular-related causes or had a heart attack.

The study found that both the patients with the highest level and the lowest HDL cholesterol level had the highest probability of dying from cardiovascular disease or experiencing a heart attack, Allard-Ratick told Live Science.

But it's unclear why the very high levels of HDL cholesterol were associated with such negative effects, the researchers said.

"We see very high levels of HDL, over 80mg[/dL], in only about 1 percent of the patient population," Drexel told Live Science. "On the other hand, we see low levels below 40mg[/dL] in about half of the patients."

Still, Drexel said that the study is significant, as it's the first one to look at very high HDL cholesterol levels in people with cardiovascular disease.

"We have known for decades that low HDL cholesterol [puts people at risk of] developing cardiovascular disease," Drexel said.“What is new is that the very high levels are also not so good, so we can't say that this good cholesterol, this HDL cholesterol, is simply always good."

Allard-Ratick said that the very high levels of HDL cholesterol observed in the study are more likely a result of genetics than of lifestyle choices. Indeed, Allard-Rattick and Drexel said that at very high levels, the HDL molecules might not be performing their functions efficiently, resulting in a build-up of cholesterol in the blood. However, both agreed that more research is needed to understand the risks as well as the underlying mechanisms.