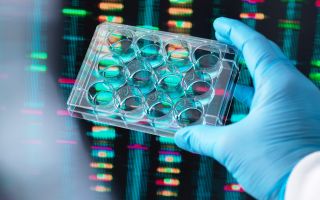 Should genetic testing be a routine part of a medical checkup? According to an opinion piece published today (July 30) in the journal Annals of Internal Medicine, the answer — at least in the long term — is yes. What's more, such screening could identify up to 4 million people in the U.S. who are at risk for cancer and heart disease, so doctors can target those individuals with preventive care.

The article, written by Dr. Michael Murray, a doctor and geneticist at the Yale University School of Medicine, stopped short of arguing that every patient who steps into a doctor's office today should get their genome screened for genetic diseases. And Murray acknowledged that doctors still don't know what most genes in the body actually do, limiting the benefits of genetic testing for typical patients. But he argued that for a small subset of patients, genetic testing could be of so much value that moving toward a more "routine" model of genomic screening would be worthwhile.

"A conservative estimate is that, unbeknownst to them, at least 1 percent of the U.S. population has an identifiable genetic risk for cancer or heart disease that could be detected and clinically managed via a [genomic screening] approach," Murray wrote. "Identifying those 3 [million] to 4 million persons and effectively mitigating that risk are worthy goals." [How Does Genetics Work?]

While Murray works at Yale, he also serves on the scientific advisory board for Invitae, according to a disclosure form accompanying the article. Invitae is a genetic testing company that would stand to profit from an increase in this kind of screening. Murray is also a former employee of Geisinger Health System, whose GenomeFIRST screening program he approvingly cited in the article.

Aedin Culhane, a research geneticist at the Harvard T.H. Chan School of Public Health who was not involved with the editorial, said that Murray's estimate of the number of people with testable, dangerous mutations is plausible, and in fact likely low.

"In a study of genomes of people in Iceland, the deCode project estimated that over 7 percent of people have a gene with a mutation, and many of these genes have known disease associations," Culhane told Live Science. (DeCode is an Icelandic genetics company.)

Still, there are significant reasons to be concerned about increasing the role of genomic screening in routine medical care, Culhane said.

First, doctors are still working out how to usefully implement screening data, she said. Scientists might, for example, figure out that a given gene marginally increases the risk for a given disease. But without knowing how that gene interacts with other genes or with environmental factors, Culhane said, knowing that someone has that gene doesn't tell you much about the individual's health. And right now, she said, doctors just aren't prepared to usefully interpret genetic tests in that way.

Getting to the point that doctors can do this interpretation, she said, will require more than just testing additional people (though doing that, particularly in an academic context, will be a big part of it). A mature science of genomic screening for disease will require new techniques and currently unavailable computing power for bringing together huge databases of genetic and public health data, she said.

The second problem with doing more genomic screening for disease, Culhane said, is that private companies can have conflicts of interest. And these businesses may have too little concern for the privacy of the people whose genomes would end up getting tested, and too little willingness to share their data with academics working on research and therapies, she said. Private companies often don't share their data publicly in the same way that academic geneticists do, and these groups have an interest in turning that data into commercial, salable products. Some of the first genes ever to be associated with a risk of cancer, BRCA1 and BRCA2, were patented by a private company attempting to capitalize on patient data, Culhane noted. (That patent was later overturned.)

"Increasingly, as our lives and data about us go online, large companies have access [to] more data on us than most people can imagine," Culhane said. And "once data is online, it is difficult to remove it and … that data can be used in ways that the data collector found difficult to imagine."

Down the road, Culhane said, it makes sense that genomic screening could become a more routine part of medical care. But unlike Murray, she said she doesn't think that time has yet come.

Editor's note: This story was updated August 1 to clarify Culhane's comments on the risks of involving private companies in genomic screening.