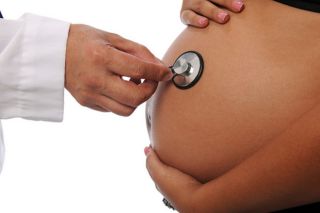 Genetics can influence the color of a baby's eyes and hair, but it can also affect the development of certain birth defects or genetic disorders. That's why women are routinely offered a variety of genetic screening tests in the first and second trimesters of pregnancy to evaluate the risk for these potential problems in their unborn baby.

Screening tests can determine whether the baby is more or less likely to have certain birth defects or genetic disorders, which may be inherited. Screening results along with other risk factors, such as a woman's age and a couple's ethnic background and family history of genetic disorders, are used to calculate the odds that the fetus might be born with certain genetic disorders, such as Down syndrome, cystic fibrosis, Tay-Sachs disease, or sickle cell anemia.

Birth defects affect 1 in 33 babies — about 3 percent of all babies — born in the United States each year, according to the Centers for Disease Control and Prevention (CDC). Birth defects can occur at any point during pregnancy, but most of them occur during the first trimester, when the baby's organs are forming, the CDC says.

Genetic screening is offered to all pregnant women, and it's usually discussed during the first prenatal visit, said Dr. Andrea Greiner, a maternal and fetal medicine specialist at the University of Iowa Hospitals and Clinics. "It's optional, but not required."

Most women get prenatal genetic testing to know what the risk is before the baby is born, Greiner said. They would rather know the information during pregnancy than at birth so they can make plans and decisions ahead of time or gain further knowledge, she explained.

Pros and cons of genetic screening

"Every woman wants to believe that her pregnancy is normal and uncomplicated," Greiner told Live Science. If a pregnant woman chooses to have genetic screening, there is a possibility that the results could come back abnormal so it's important to think about how this information might affect her, she noted.

But not all genetic screening occurs while a woman is expecting. In some situations, it may be done before becoming pregnant. For example, during pre-conception genetic screening, carrier tests can be done to determine whether the mother or father carry a certain gene for genetic disorders that might run in families, such as cystic fibrosis and sickle cell anemia, and could be passed on when the couple conceives.

A common misconception among some pregnant women is that the only reason to do genetic screening and diagnostic testing is if they were going to have an abortion because of a positive result, Greiner said. But that's not the case, she said.

Whether or not a woman decides to undergo genetic screening is her own choice, as positive results could produce anxiety and conflicting emotions. Another disadvantage is that genetic screenings can give false positive results, meaning they can be wrong and lead expectant parents to believe their unborn babies might have genetic abnormalities when they do not. There's also a chance the screening will not pick up a chromosomal abnormality or birth defect when there is one.

That's why pregnant women should not make decisions about terminating a pregnancy based on a positive screening result alone without obtaining a diagnostic test to confirm or rule out a diagnosis.

Screening tests evaluate the degree of risk, or chance, that the fetus may potentially have certain common birth defects. But they cannot tell with certainty if the baby actually has the problem, according to the American College of Obstetricians and Gynecologists.

First trimester screening tests are usually done between the 10th and 13th weeks of pregnancy. One common screening test measures the level of certain substances in the mother's blood to assess the risk for Down syndrome and other chromosomal problems. Another first trimester screening test, known as "nuchal translucency," uses ultrasound to examine the area at the back of the fetus's neck for increased fluid or thickening, which may indicate a potential risk for Down syndrome.

"The science is still very new and patients should use some caution," Greiner said, but it's important for women to know that cell-free fetal DNA is not a replacement for diagnostic testing if it shows a positive result.

Some genetic screening tests can be done during the second trimester. One of them is called the "quad screen," which measures four specific substances in the mother's blood and can identify genetic disorders, such as Down syndrome. The quad screen can also help detect neural tube defects, which are birth defects of the brain and spinal cord, such as spina bifida. A second ultrasound, typically done between the 18th and 22nd weeks of pregnancy, may look for structural abnormalities in the developing fetus, such as cleft lip or heart defects, and can also screen for some genetic disorders, such as Down syndrome.

The screening tests are not considered harmful to the mother or the fetus, but positive screening results cannot make a definitive diagnosis. If a woman receives a positive result on a screening test, she should discuss her options with her health care provider, including whether she may wish to undergo any diagnostic tests, which have greater accuracy and reliability than genetic screening alone.

Diagnostic tests can actually detect many genetic conditions caused by defects in a gene or chromosome. They usually can tell prospective parents whether or not their fetus has a particular genetic problem. Some diagnostic tests carry risks to a woman, such as a slight risk of pregnancy loss.

Both diagnostic tests — chorionic villus sampling and amniocentesis— are invasive tests and involve extracting cells from the fetus and analyzing them under a microscope. Then geneticists can determine whether the fetus has too few or too many chromosomes present, or if the chromosomes are damaged and could result in a genetic problem.

Done during the first trimester of pregnancy usually at 10 to 12 weeks, this diagnostic test involves taking a small sample of cells from the placenta. Placental tissue contains the same genetic material as the fetus and can be checked for chromosomal abnormalities and other genetic disorders. However, CVS cannot identify neural tube defects, such as spina bifida, which can be detected by amniocentesis.

How it's done: Depending upon where the placenta is located and using ultrasound for guidance, a small tube is inserted through either the mother's abdomen or her vagina and a small tissue sample is withdrawn from the placenta.

How it's done: A long, thin needle is inserted into the mother's abdomen to obtain a sample of the amniotic fluid surrounding the fetus. The procedure is usually done between the 15th and 20th weeks of pregnancy, and the amniotic fluid contains cells from the fetus with genetic information about the unborn child.

Possible risks: Amniocentesis carries a lower risk of miscarriage than CVS, about 1 in 400, Greiner said.

Greiner said that some of her patients ask her why they should do prenatal genetic testing because if a positive result is found, the genetic problem detected in the baby can't be changed, fixed or treated.

She responds to this question by telling her patients that no one likes a surprise. Knowing positive test results in advance can help expectant parents plan and prepare themselves as well as their home for a baby who may have special needs.

Greiner said women need to ask themselves whether a positive diagnostic test result would cause them anxiety if they choose to continue the pregnancy, or if these genetic findings may provide reassurance if they decide to terminate the pregnancy as a result of the diagnosis.