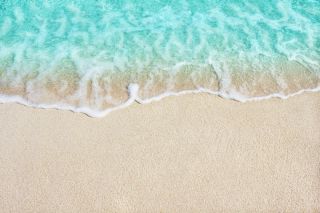 A Tennessee teen's summer trip to Florida turned nightmarish after he contracted hookworms from playing in the sand at the beach, according to news reports.

The 17-year-old Michael Dumas visited south Florida in June for a church trip, and during a beach-outing, his friends buried him in sand, according to news station Local Memphis.

Soon after, the teen started feeling itchy, and he later developed blisters, scrapes and rashes on his lower body, Local Memphis reported. The wounds are "incredibly horrible and they're so graphic," his mother, Kelli Dumas, told the station. "One of them is 3 inches by 3 inches. It's a crater in his foot," she said. [Beachgoers Beware? 5 Pathogens That Lurk in Sand]

The teen was diagnosed with hookworms, which are parasites that can infect both people and animals. Some species of hookworm that typically infect cats and dogs can be transmitted to people through contaminated sand or soil, according to the Centers for Disease Control and Prevention (CDC).

This happens when infected animals defecate in sand or soil and pass hookworm eggs in their stool. People can then become infected if they walk barefoot or lie down on the infested sand or soil, the CDC says.

The hookworm larvae can burrow into the skin and then crawl around in the top layers of skin. However, because humans aren't the normal hosts for these hookworms, the parasites usually don't live more than six weeks in people, the CDC says.

These hookworms are typically found in tropical or subtropical regions. In January, a Canadian couple reported that they contracted hookworms in their feet while walking barefoot on a Caribbean beach.

Michael Dumas was treated with more than $1,300 worth of medications and is still recovering, according to news reports.

"He is in pain and this is AWFUL," Kelli Dumas posted to Facebook. "Please, please pray for him to heal," she said.