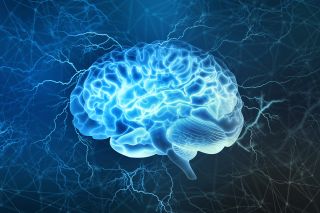 Could an aspirin a day keep the Alzheimer's away? If only it were that simple. And yet, new research suggests that there does seem to be some hope that aspirin, one of the most widely used medications in the world, may help to treat some aspects of this devastating brain disease.

Scientists have discovered that aspirin works with certain subcellular machinery in the brain to prevent the buildup of amyloid plaque, sticky blobs of protein around brain cells that are thought to be the primary cause of Alzheimer's disease, according to the new study, which was done in mice.

In the study, mouse experiments revealed that aspirin enhanced the ability of lysosomes, which are sort of like the cells' waste processors and recyclers, to clear amyloid plaque or stop it from forming in the first place. Aspirin should have the same effect on the human form of Alzheimer's, too, said the researchers, who published their findings today (June 2) in The Journal of Neuroscience.

Alzheimer's disease, the most common type of dementia, is a progressive brain disease that affects nearly 6 million Americans and is the sixth-leading cause of death among all U.S. adults, according to the Centers for Disease Control and Prevention. There's no cure, and medications have had very limited success in slowing the progression of the disease. [9 Surprising Risk Factors for Dementia]

Aspirin, also known as acetylsalicylic acid, is an inexpensive drug with a century-long history of being safe in low doses, aside from possible stomach irritation and a small risk of internal bleeding. Many adults take a low-dose aspirin daily as a mild blood thinner to help prevent heart attacks.

In fact, several population-wide studies on aspirin and heart health have found that aspirin may also lower the risk of Alzheimer's disease, albeit modestly. A meta-analysis that Chinese researchers published in March 2018 in the journal Frontiers in Aging Neuroscience reviewed 18 population-wide studies and found that the regular use of nonsteroidal anti-inflammatory drugs (NSAIDs), including aspirin, was associated with a 20-percent lower risk, on average, of developing Alzheimer's disease.

Building on the possible connection between aspirin and Alzheimer's prevention, first observed more than a decade ago, researchers at Rush University Medical Center in Chicago crafted experiments that entailed giving aspirin to mice with a mouse version of Alzheimer's disease and also applying aspirin directly to mouse brain cells growing in the lab.

Both approaches — in vivo and in vitro — appeared to prevent or reverse the biological signs of Alzheimer's disease, said lead study author Kalipada Pahan, a professor of neurological sciences at Rush University.

Indeed, other drugs, such as the triglyceride-lowering drug gemfibrozil (sold as Lopid), also target TFEB, Pahan said, but aspirin is safe enough to be available without a prescription and has fewer side effects.

Rajini Rao, a professor of physiology at Johns Hopkins University School of Medicine in Baltimore who was not involved with this research, said the new study "offers an elegant mechanistic explanation for protective effects of aspirin seen at the cellular and model animal level."

However, she noted that it was unclear from the study whether the degree of improvement in amyloid removal would translate into better brain function.

"Results from epidemiological studies on aspirin use and dementia are mixed," Rao told Live Science. "While there have been some indications of protection, other studies have failed to replicate this. Unfortunately, this is the case for virtually every drug used in Alzheimer's trials — over 99 percent have failed in the clinic — which is why Alzheimer's research is especially challenging."

Pahan said that, although aspirin is relatively safe, it does carry some risks when used daily and shouldn't be used casually as an unproven way to treat or prevent Alzheimer's disease. He added that for aspirin to stimulate lysosomal activity, the cellular receptor PPARα needs to be present, and thus any person with Alzheimer's who lacks a sufficient number of PPARα receptors wouldn't benefit from aspirin. That may explain the mixed results of population-wide studies, Pahan said.