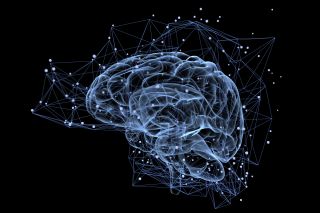 Your brain forms new memories all the time — and your gut might help that happen.

The gut-brain connection is mostly known for its role in controlling the amount of food we eat, with the gut signaling to the brain when we've had enough. But a new study published June 5 in the journal Nature Communications suggests that the gut-brain connection may also play an important role in forming memories about where places and objects are located in our environment.

The new study was done in rats, but the findings could translate to humans, said senior study author Scott Kanoski, an assistant professor of biological sciences at the University of Southern California. [10 Things You Didn't Know About the Brain]

The gut and the brain mainly communicate through the vagus nerve, the body's longest nerve. In the new study, the researchers wanted to test what would happen in rats if parts of this nerve were cut so that it could no longer send signals from the gut to the brain.

Because this gut-brain axis is typically engaged only when an animal is eating, the researchers thought that this function could serve animals in remembering where good food was in their environment. This could be important for the animals to "remember where they are in space, so that they could find that food again," Kanoski told Live Science.

Kanoski and his team set up several tasks that challenged the rats to find and remember either locations or objects in the space around them. In one experiment, for example, the researchers shone a bright light that would be annoying enough to prompt a rat to search for an escape. With an intact vagus nerve, the rats were able to remember where the location was if they'd previously found it and gone there.

But if the gut-brain connection was surgically altered, the rats had trouble remembering where an escape location was, even though they had previously been there, the researchers found. Similarly, when the scientists had the rats try to find objects that the animals had previously located, they had difficulty if their vagus nerve was blocked from sending signals.

When the researchers looked at the brains of the rats that had altered vagus nerves, they found that there was decreased activity in the hippocampus, an area of the brain involved with specific types of memory. That includes helping the animal figure out its own position in space and that of other rats and objects. Specifically, the rats had decreased numbers of several proteins in the hippocampus that are responsible for creating new neurons and connections between neurons. These proteins therefore also play a role in forming memories.

However, the findings seemed to hold true only for memories involving locating objects and places in the external world. Severing the nerve "doesn't seem to [contribute to] a general memory deficit," Kanoski said. "It wasn't just remembering if they had seen an object before. It was remembering where they had seen that object before."

If the findings also apply to humans, the discovery could have widespread implications, Kanoski said.

For example, many medical treatments target the vagus nerve, like the FDA-approved treatment for weight loss called vBloc, he said. If this indeed holds true for humans, it could mean that interfering with a person's vagus nerve could potentially harm that person's memory, he added.

If that possibility is confirmed, though, such therapy could help with diseases such as Alzheimer's, Kanoski said. [6 Big Mysteries of Alzheimer's Disease]

"While this may not directly lead to immediate cures for Alzheimer's and cognitive impairment, just knowing how memory function is normally regulated can potentially inform … novel treatments," he said.