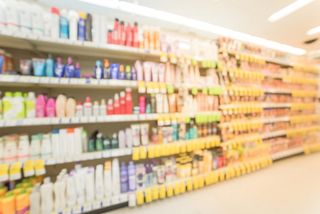 You may want to be careful when selecting a sunscreen this summer: About two-thirds of sunscreens available in the U.S. offer subpar protection or contain ingredients that may harm your health, a new report finds.

The report, from the Environmental Working Group (EWG), reviewed 650 beach and sport sunscreens for the group's annual Guide to Sunscreens, released today (May 22). EWG is a nonprofit advocacy organization in Washington, D.C., that focuses on environmental issues and public health.

The researchers ranked sunscreens based on several criteria, including whether ingredients listed in the products are linked with health hazards and how well the products worked to block ultraviolet A (UVA) and ultraviolet B (UVB) rays, both of which can damage skin and cause skin cancer.

The report found that only one-third (33 percent) of the products reviewed met EWG's strict standards and earned a spot on the group's list of "Best Beach & Sport Sunscreens."

"The majority of sunscreens available in the U.S. aren't as good as most consumers think they are," Sonya Lunder, a senior research analyst at the EWG, said in a statement. [5 Things You Didn't Know About Sunscreen]

Many sunscreens in the United States also fail to offer optimal protection against UVA rays, which don't necessarily cause sunburns but may cause skin aging and increase the risk of skin cancer, the EWG said. Although most sunscreens sold today meet current standards set by the Food and Drug Administration (FDA) for UVA protection, only about half of these sunscreens could be sold in Europe, where UVA protection standards are higher, EWG said.

In the new report, the group called for the FDA to approve additional sunscreen ingredients, already available in Europe, that offer stronger UVA protection.

Additionally, the EWG warned consumers to be wary of sunscreens with a very high SPF, or "sunburn protection factor," value. Higher SPF sunscreens (above 50) don't necessarily offer better protection from UV-related skin damage, and consumers who use these products may develop a false sense of security and therefore spend too much time in the sun, EWG said.

"SPF values of 75, 80 or 100 lull Americans into thinking their skin is fully protected from the sun's harmful rays for extended periods of time," David Andrews, an EWG senior scientist, said in the statement. "People tend to misuse these high-SPF products, spending more time in the sun without reapplying, putting them and their families at greater risk of UV damage."

The EWG also recommends that consumers avoid sunscreen "sprays," which don't necessarily provide a thick and even coating of sunscreen on the skin. The group noted that the number of spray sunscreens on the market has increased 30 percent since 2007.

Finally, the researchers stressed that consumers shouldn't rely solely on sunscreen to protect against skin cancer. People should also cover up with clothing, wear hats and sunglasses, try to stay in the shade, and avoid spending too much time in the sun between 10 a.m. and 4 p.m., when its rays are most intense.