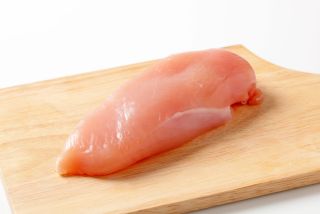 Millions of Americans deal with the misery of food poisoning each year, and a new report looks at some of the most common germs that made people sick in 2017.

The report, published yesterday (March 22) by the Centers for Disease Control and Prevention (CDC), analyzed information from a database that tracks food poisoning cases at 10 labs across the U.S. and covers 49 million people. The researchers looked for nine pathogens commonly transmitted by food, including seven types of bacteria and two types of parasites.

The most commonly reported foodborne illness germ was Campylobacter, a bacterium that is often found in raw poultry. There were about 19 Campylobacter infections per 100,000 people in 2017, according to the report. [Top 7 Germs in Food that Make You Sick]

There was a 10-percent increase in the rate of Campylobacter infections and a 28-percent increase in the rate of STEC infections in 2017, compared with 2014-2016, the report found. However, some of these increases may have been due to the use of a relatively new type of lab test, called culture-independent diagnostic tests, which allow researchers to test for foodborne pathogens by looking for proteins or genetic material tied to the pathogens, rather than growing the germs in lab dishes. These tests can detect bacteria and other pathogens more easily than older tests, and are being used more and more frequently, the report said.

The researchers concluded that "more control measures are needed" to prevent foodborne illness, including possibly "new or revised meat and poultry performance standards, and enhanced training and guidance for industry and inspection personnel."

The CDC estimates that 48 million people in the United States get sick with foodborne illness each year. The new report did not include rates of norovirus infection, which causes an estimated 20 million cases of illness each year.