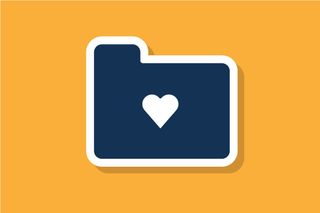 There's a lot of junk on the internet, but the web is still a wonderful place to share and discover knowledge. For science enthusiasts and news connoisseurs who don't want to waste time searching out the most interesting and legit conveyors of this knowledge, Live Science editors and reporters put together a list of the science sites that we love to read. Check it out. If there's a site you think deserves to be on this list, please email us. (The following list is arranged alphabetically, and not by any ranking system.)

Ars Technica offers brainy, geeky coverage of technology and science and how it intersects with our everyday lives, whether we want it to or not. The site's name, derived from the Latin for "the art of technology," reflects a perspective and a voice that is not only steeped in an appreciation of science and tech innovation, but which also deeply considers how the use of technology informs and changes human culture — and how culture and technology in turn are shaped by our own potential and shortcomings.

Atlas Obscura explores some of the true wonders of the modern world, from people living on the planet’s most remote islands to 35-lb edible nuts that look like human buttocks. And articles like "The Real Reason Humans Need to Sleep Under Blankets" and "What Is an Island, Exactly?" answer science questions you never knew you had. Their archaeology and history coverage is fascinating, and their crowd-sourced atlas of the world's most unusual, sinister and magical spots — from an underwater prison in Estonia to a lake ringed with skeletons in India ­— will blow your mind.

For science news that cuts through the clutter, there's the BBC's science section. Their science stories cover every part of the globe and beyond, and do so with sharp, concise reporting. Plus, with short succinct headlines that don't spare a single word, readers will know exactly what they're getting from every story.

Did you hear about the chemist who got caught stealing and dumping cyanide down a curbside drain? Chemistry World did. Its reporters described the crime in detail, the same way they approach all their chemistry-related coverage — including its quirky stories, nerdy features and industry news. You can tell Chemistry World enjoys diving into nitty gritty science, describing how chemical bonds and reactions enable researchers to study art, distill gin, create new materials and advance renewable energy. The site also offers advice to chemists, describing routes to professorship and how to break into the field as a woman or minority.

As their name suggests, Futurism focuses on the science and tech that will shape humanity's future. Whether it's Elon Musk's latest Tesla feature (and this site stays on top of all things Musk, Tesla and SpaceX) or particle physics, such as an article on the elusive neutrino or human-levitating tractor beams, Futurism delivers context-filled news that seems to stay close to their forward-looking mission. Other topics Futurism reporters do a good job of covering: self-driving cars, artificial intelligence, all things robots and even space tech.

Giz is the rudest science website on the internet, publishing stories like "Ancient Elephants and Mastodons Were Totally Down with Inter-Species Boning" and "Neptune's Stinky Dark Vortex Is Fading Away Like a Bad Fart." Unfortunately for folks who prefer their science media G-Rated, the Gawker stepchild is also one of the best science reporting outlets on the internet, mixing top-tier environmental, physics and space news in with their usual tech and politics coverage.

Nat Geo's got you covered if you're in the mood for breathtaking photos and stories about animals, archaeology, nature or really any kind of captivating discovery percolating up in labs the world over. Its reporters have a knack for humanizing almost any phenomena they feature, making the science relatable whether you're a scientist or armchair enthusiast.

If you'd like your science news delivered into your ears rather than your eyeballs, check out the Science section of the National Public Radio (NPR) website. Their audio news stories cover a broad range of science topics, delving into global issues like climate change and conservation as well as investigating technology innovation, new directions in space exploration and the latest discoveries in health and medicine. Their "Brain Candy" section addresses slightly more esoteric science questions — such as why Olympians are turning to non-alcoholic beer as their post-sport drink of choice, and what happens when you program a neural network to generate romantic messages on candy hearts for Valentine's Day. You can also find animations and music videos by NPR science show Skunk Bear, which are as hilarious (and catchy) as they are educational.

The Pacific Standard is a bit off the beaten path of science reporting outfits. They don't do much daily blogging about science news, and approach all their stories with an eye toward social justice. But the West Coast magazine and website routinely turn out excellent writing and reporting from offbeat angles on issues like the day-to-day impacts of the changing climate, psychology, sociology and disability that appeal to science fans.

What do M-theory, Bohmian mechanics and scale-free networks have in common? Quanta Magazine has written about all of them. From the theory of everything to the logic-defying behavior of tiny subatomic particles, Quanta Magazine never shies away from the tough physics stories. Yet, despite diving right into the deep end of physics, computer science, mathematics and biology, Quanta reporters turn out stories that are always clear, engrossing page-turners that illuminate the beauty of science for even general readers.

English scientist James Smithson founded the Smithsonian Institution nearly 200 years ago as "an establishment for the increase and diffusion of knowledge among men." Today, Smithsonian.com delivers on that promise for anyone who can't make it to one of the institution's world-class museums or research centers. Stop by the site for an eclectic blend of science news, history essays and nature videos to make your inner scholar harrumph with satisfaction.

Scientific American is not only the U.S.'s longest continuously published magazine (past contributors to the 170-year-old brand include Jonas Salk, Francis Crick and Albert Einstein), but also one of its most comprehensive science news websites. Whether you're in the mood for a 60-second podcast or a sprawling special report, SciAm has you covered with smart takes on science, culture, policy and everywhere the three intersect.

If you're interested in astronomy and spaceflight, our sister site Space.com is the perfect site for you. Whether the news is Elon Musk sending a Tesla into space, a black hole behaving oddly, a once-in-a-lifetime solar eclipse or the latest in the search for alien life, Space.com reporters don't miss an astronomical beat. And if your cosmic cup of tea is more sci-fi leaning, you'll find plenty of "Star Trek"-esque articles and movie reviews.

The science section of this nearly 200-year-old British daily newspaper covers discoveries from around the world in a succinct, clear way. The depth and breadth of their science coverage makes the Guardian a great place to browse on a lazy Saturday, when you can spend time on one of their "long reads" (such as the bogus science of race) or scan through the latest news in health, climate change, animals, psychology, space … the list goes on and on. The visuals and ease of scrolling make the Guardian a frustration-free place among sites that are so jam-packed with ads that you can hardly read an article without being bombarded with pop-ups.

In an age of "sound bites," Vox strives to provide information beyond the headlines — not just the "who" and "what" but the "why" and "how." Vox's science news articles are impressively in-depth, providing much needed background information and context for a wide range of topics — everything from the latest infectious disease outbreaks to fad diets to gun control research. Often, their articles provide useful infographics to help visualize complex issues. If you have the time to devote to understanding a topic, Vox gives you resources.

With its conversational and sometimes cutting tone, Wired can feel like your cool friend letting you in on a secret. Their tech reporting covers everything from the coolest gadgets to the current events that shape our lives, and their science reporting gives you a glimpse of what's happening at the cutting-edge of research.