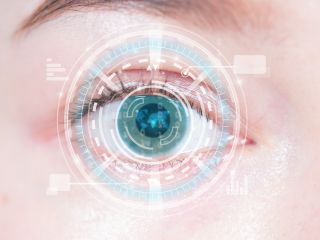 In the study, Google researchers used retinal-scan data from nearly 300,000 patients to "train" a neural network — an intricate series of algorithms — to detect heart-health risks just by looking at images of a patient's eyes. The algorithm was able to predict which patients would go on to experience a major adverse cardiac event (such as a heart attack or stroke) with about 70-percent accuracy, according to the study, which was published online yesterday (Feb. 19) in the journal Nature Biomedical Engineering.

Although a 70-percent success rate is still below the accuracy of existing heart-health diagnostic methods like blood tests that measure cholesterol and other key biomarkers, researchers believe the algorithm could one day be developed as a first line of preventive care. "This may be a rapid way for people to screen for risk," Dr. Harlan Krumholz, a cardiologist at Yale University who was not involved with the study, told The Washington Post. [Super-Intelligent Machines: 7 Robotic Futures]

The algorithm's potential seems promising, researchers say. So, how does it work?

Your eyes are the windows to your heart

Whether you're getting your eyes scanned by a trained ophthalmologist or Google AI, the biggest clues to your overall health may lie in your blood vessels.

Blood vessels can provide a valuable snapshot of your heart health, revealing clots, constrictions and other abnormalities associated with various cardiovascular diseases and conditions. But because most blood vessels in your body are hidden beneath your skin and other tissues, it can be hard for doctors to access them without potentially expensive or invasive procedures.

The large vessels on the back of your retina — the light-sensitive layer of tissues at the back of your eyes — are an exception. Retinal veins and arteries are directly visible through your pupils, meaning a simple, noninvasive eye scan can reveal whether your retinal blood vessels are constricting from hypertension, clotted with cholesterol or afflicted with various other heart-health risk factors.

Doctors look at retinal scans primarily to diagnose glaucoma and diabetes-related eye disease. Increasingly, however, researchers have been using eye scans to screen for high blood pressure and all of the cardiovascular ailments that go along with it.

In the new study, Google researchers trained their AI algorithms to look primarily at minute differences in patients' retinal blood vessels in order to estimate each patient's age, blood pressure, smoking habits and several other factors that could predict the likelihood of an impending heart attack or stroke.

The researchers tested the algorithm on a set of scans from about 12,000 patients, roughly 100 of whom had a heart attack within five years following their retinal imaging. When shown side-by-side retinal scans from two different patients — one who went on to have a serious heart attack or stroke, and one who did not — the algorithm correctly predicted which patient was at greater risk about 70 percent of the time.

According to the researchers, the study results demonstrate "not only that these [heart attack risk] signals are present in the retina, but that they are also quantifiable to a degree of precision not reported before."

Significantly more research — with much larger sample sizes — are required before algorithms like these can be a useful tool for widespread risk diagnosis, the researchers said.