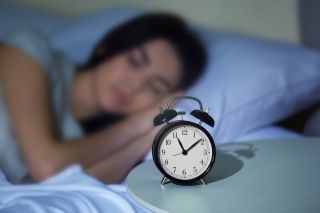 ANAHEIM, Calif. — Getting too much sleep may increase the risk for heart disease in older women, early research suggests.

In a new study, researchers analyzed information from more than 3,000 older women in the United States who wore a fitness tracker-like device called an ActiGraphic, which measures activity as well as sleep, for one week. Participants were 78 years old on average, and represented a racially and ethnically diverse group.

The researchers also calculated each participant's "Reynolds Risk Score," a score that estimates a person's risk of developing cardiovascular disease, or experiencing a complication like a heart attack or stroke, over 10 years.

The results showed that, for women who slept more than 9 hours a night, their estimated odds of developing cardiovascular disease in the next 10 years was about 13 percent, compared with 12 percent for those who slept 7.5 to 8 hours a night. [5 Surprising Sleep Discoveries]

Although this is only a small increase in risk, the results were statistically meaningful, and held even after the researchers took into account factors that could also play a role, such as age, body mass index (BMI), smoking habits, alcohol use and self-rated health.

Several earlier studies have found a relationship between getting too little or too much sleep and a person's risk for cardiovascular disease. However, most of these earlier studies relied on self-reported measures of sleep, meaning the researchers asked participants to report how much sleep they typically got at night, said study lead author Kelsie Full, a doctoral candidate in the Department of Family Medicine and Public Health at the University of California San Diego, who presented the findings here on Monday (Nov. 13) at the American Heart Association's Scientific Sessions.

The new study adds to the scientific literature by using objectively measured sleep, which may be more accurate than people's self-reports, Full told Live Science.

However, it's important to note that the study found only an association, and cannot prove a "cause and effect" relationship between getting too much sleep and an increased risk of cardiovascular disease. Other factors not included in the study, such as participants' use of sleep medication, or whether or not they had a sleep disorder, could affect the results.

But the findings are interesting because guidelines for healthy sleep typically emphasize the need to get an adequate amount of sleep. "Potentially, too much sleep is also something to be concerned with," and future studies should explore this relationship more, Full said.

It's recommended that adults ages 65 years and older get 7 to 8 hours of sleep a night, according to the National Sleep Foundation.

Full said the next step for her research will be to look at whether getting too little or too much sleep is linked with actual cardiovascular events, including heart attacks and strokes, rather than looking at a person's predicted risk, as she did in this study.