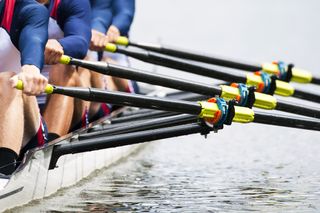 Even if you're a generous person who believes in sharing, helping the needy and spreading wealth, your brain is a selfish glutton.

Sometimes your body will find itself in a real pickle: Both your brain and your muscles need to work hard, but you just can't handle running both systems at once. New research published today (Oct. 20) in the journal Scientific Reports lends support to the idea that the brain chooses to prioritize itself. The findings show that in this type of situation, a person's cognitive performance will suffer far less than their physical output.

"This is important because our ancestors made the transition from 'soldier to diplomat,'" said study researcher Daniel Longman, a biological anthropologist from the University of Cambridge in the U.K. "We began to invest fewer resources in developing and maintaining high levels of muscularity, and instead began to achieve status through the development of enhanced social manipulation skills," he told Live Science. [10 Surprising Facts About the Human Brain]

Longman told Live Science he was drawn to this sort of research after an attempt to row the Atlantic Ocean at age 22. After working himself into a state of shock during the endeavor where he could neither eat nor sleep, Longman said he was astonished at how quickly his mind sharpened and his body recovered after managing small snacks and naps in between rowing sessions. Now, he focuses his research on understanding evolutionary theory, particularly how humans respond to stress, through the lens of sports.

The selfish-brain theory, which postulates that a person's brain will first and foremost allocate fuel and resources to itself over other parts of the body, first emerged in a 2004 paper published in the journal Neuroscience & Biobehavioral Reviews. Longman's research set out to test the idea by having 62 male rowers from the University of Cambridge's crew team complete three tasks.

While they were straining themselves on the exercise machine, the athletes couldn't remember as many of the words as they had been able to while relaxing. But the drop in the amount of power they exerted in their workout was far greater than the relative drop in their cognitive abilities. While the athletes recalled about 9.7 percent fewer words, their physical power output dropped by 12.5 percent, according to Longman's data.

"The rowers were absolutely rowing as hard as they possibly could," Longman said. He explained that the drop in physical performance occurred because the rowers' brains and muscles were sharing the same limited resource, not because they were distracted or actively chose to focus on the memory task.

It's well known that the human brain is a huge energy suck, taking up as much as one-fifth of the body's fuel supplies, Longman notes in the paper. And there's evidence that the brain will continue to sustain itself even as other parts of the body fail, according to research cited in Longman’s paper.

"The selfish nature of the brain has been observed in the unique preservation of brain mass as bodies waste away in people suffering from long-term malnutrition or starvation, as well as in children born with growth restriction," Longman said in a statement.