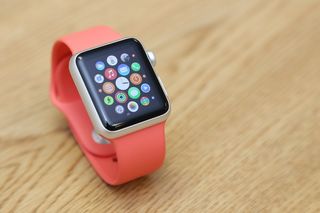 A New York man is crediting an Apple Watch app with saving his life, after the app helped him detect signs of a life-threatening blood clot.

Last Friday (Oct. 13), James Green who lives in Brooklyn, tweeted: "Never thought a stupid lil wrist computer I bought two years ago would save my life. Saw my heart rate go up, ended up being a pulmonary embolism," or a blood clot in the lungs.

"That along with other symptoms I was having was enough data I needed to act on it, and realize it wasn't a panic attack (since I have severe generalized anxiety), that it was something more," Green told the Telegraph.

At the hospital, a CT scan showed Green had a blood clot in his lung, and he was placed on blood thinners. His doctor said the clot could have been fatal if Green had waited longer to get medical attention, the Telegraph said. Green said he was interested in data on his heart because he previously experienced pulmonary embolism (prior to this most recent one).

A rapid or irregular heartbeat can be a sign of a pulmonary embolism, according to the Mayo Clinic. The blockage caused by the clots can cause the heart to start working harder to pump blood through vessels, and this can also lead to an increase in blood pressure inside the lungs, the Mayo Clinic says.

Green isn't the first person to credit a smartwatch or fitness tracker with saving his life. In September 2015, a high-school senior said his Apple Watch saved his life, after the device showed he had a heart rate of 145 beats per minute. An exam revealed that he had rhabdomyolysis, a condition in which muscles release a protein that damages the kidneys and other organs.

And in April, a 73-year-old woman from Connecticut said that she called 911 after her Fitbit showed a spike in her heart rate. Tests at the hospital showed she had a pulmonary embolism.

Experts say that, because some fitness trackers and smartwatches include heart rate monitors, the devices can potentially alert people to certain health problems that cause changes in heart rate. But it's important to note that many of these devices are not approved medical devices, so they cannot be used to diagnose cardiovascular conditions.