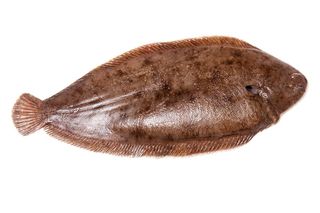 There may be such a thing as fish that is too fresh — a man in England nearly lost his life after an entire live fish jumped down his throat.

The 28-year-old man in Bournemouth, England, caught a Dover sole while fishing, and decided to kiss his catch, which is a tradition, according to the BBC. But the fish slipped out of his hand and into his mouth, getting stuck in his windpipe.

When paramedics arrived on the scene, the man had stopped breathing and was in cardiac arrest, according to the Guardian. Cardiac arrest means that the heart suddenly stops beating. [11 Weird Things People Have Swallowed]

"It was clear that we needed to get the fish out or this patient was not going to survive the short journey," to the hospital, paramedic Matt Harrison told the Guardian.

Paramedics used forceps to remove the entire fish, and the man recovered. The fish was 5.5 inches (14 centimeters) long.

"We're all so glad the patient has no lasting effects from his cardiac arrest, which could so easily have had such a tragic and devastating outcome," Harrison said.