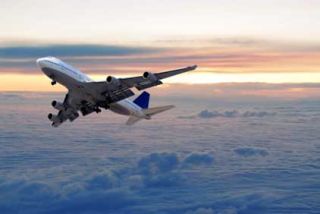 As the promise of electric cars grows, so too does the potential of electric planes. These aircraft, whose motors are far more efficient, reliable and quiet than internal combustion engines, could help transform how we fly – if a few problems could be solved.

Electric motors are three to four times better than internal combustion engines at driving an airplane propeller. And the reliability of electric motors is "perhaps 10 times or even 20 times that of a piston engine," said Brien Seeley, president of the Comparative Aircraft Flight Efficiency (CAFE) Foundation, an independent flight test agency which hosts NASA's Centennial Challenges for Aeronautics.

Because electric motors could be up to 95 percent efficient – compared to the 18 to 23 percent efficiency of regular engines – means they waste much less energy in the form of heat. As such, "they don't need anywhere near the same amount of cooling air flowing over them that internal combustion engines do, which is a very big deal with airplanes" and accounts for a significant part of the drag they experience that can slow them down, Seeley said.

Their boosted efficiency also means electric planes could be much quieter than regular planes. As such, the military is pursuing them for stealth applications, Seeley said. "Military contractors are spending significant investment in investigating electric-powered unoccupied air vehicles."

Quieter planes also means civilian airports can be located much closer to where people want to go without bothering local residents.

Weaning planes off fossil fuels is also good for the environment. "You have the climate change issue, the air quality issue from smog, and the energy independence issue," Seeley said.

The one great Achilles' heel of electric airplanes, however, is battery life. Airplanes need to be light in order to stay up in the air, but batteries are notorious for being heavy for the amount of energy they carry. As a result, many engineers and materials scientists are experimenting with radical aircraft and designs and new, lightweight materials.

"We're seeing truly extraordinary sailplane designs with 70-to-1 lift-drag ratios, which can greatly reduce the amount of power needed, and super-lightweight carbon fiber construction techniques, all of which means that even modest battery packs can take you potentially 100 or 200 miles on a flight," Seeley said.

A San Jose-based company called Nanosolar is also experimenting with thin and flexible solar panels that could be applied to the wing surfaces of airplanes to allow for recharging during flights or when on the ground.

"There are major breakthroughs coming with the limitations of battery energy density as well," Seeley told TechNewsDaily. "Nanotechnology may be able to increase their potential maybe 10- or 20-fold."

Seeley doesn't expect all planes to shift to electric. Military fighter aircraft will still rely on jet engines over electric motors in the future, given how they need to remain small, fast and maneuverable. Jet engines will likely also be the way to go when it comes to long flights or ones with many passengers, due to their range and weight constraints.

"If we look at statistics for door-to-door travel times, in current aviation, for trips of under 250 miles, the speed is below 55 mph, and that's much worse for certain metro areas or if traffic jams happen," Seeley explained. "So you have a 525 mph airliner on a 250-mile trip with a net speed of 55 mph, and that isn't good. The obvious implication then is you then drive a car to get there just as fast, but the truth is that due to gridlock, the car door-to-door trip speed is on the order of 30 mph."

The solution for these jaunts is to go electric, he suggested. The unprecedented quietness of electric planes means airports can be built closer to destinations, and they are capable of extremely short takeoffs since they don't have to gradually accelerate to liftoff speeds.

"We're exploring the concept of pocket airports, maybe lots of them, each just two acre parcels, that you can take, say, at 150 mph to another pocket airport," Seeley said. "It's a transformative concept."

The crossover with the automotive world, "which is going to transition to electric cars and thus process enormous numbers of battery sets and motors and so forth, could be a game changer for electric planes," he added.

Today's gas engines become less efficient the smaller they are, but electric motors don’t suffer from this limitation. As a result, electric planes could use several small motors mounted at the edge of wings that blow air directly over them, "potentially leading to much greater efficiency," said NASA aerospace engineer Mark Moore.

Internationally, there is growing interest in electric planes, CAFE's Seely said. "The company Yuneec just constructed a 260,000 square foot factory in China to build electric-powered aircraft—really, the first large production of such aircraft."

NASA's annual Green Flight Challenge, which is managed by CAFE, is also pushing planes to fly faster than 100 mph while exceeding a fuel efficiency of 200 passenger miles per gallon or that equivalent in electricity.

"This event now has nine very high-quality teams enrolled, drawing on the latest technology from around the world," Seeley said. "The goal of the challenge also meets the sweet spot of the 250-mile range or so one would want for electric planes."