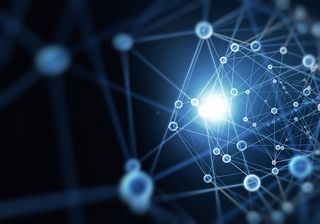 A new technique pushes the limits of how cold molecules can get to a tiny fraction of a degree above absolute zero.

The researchers used a combination of lasers and magnetic fields to trap a molecule of calcium monofluoride, and cool it to 50 microkelvin, or 50 millionths of a degree above absolute zero, or minus 459.67 degrees Fahrenheit (minus 273.15 degrees Celsius).

Other labs have made molecules colder, said study lead researcher Michael Tarbutt, a physicist at Imperial College London. The new technique, however, works with a wider range of substances than purely laser-powered cooling. For example, most labs have to build exotic molecules from elements such as sodium and potassium.

"These molecules don't have all the properties needed for many of the applications of ultracold molecules," Tarbutt told Live Science in an email.

Some of those applications include studying superconductivity, and whole systems of atoms governed by the bizarre rules of tiny subatomic particles known as quantum mechanics. Knowing more about how superconductivity works could help scientists understand what materials can do it – and eventually how to make ones that operate at higher temperatures (Generally superconductive materials need to be kept cold).  [The 18 Biggest Unsolved Mysteries in Physics]

Temperature is just a measure of how fast, on average, the molecules in any substance are moving, so to get these ultracold temperatures, the molecule in the sample (in this case calcium monofluoride) is slowed down.

That's where the laser beams come in. Cooling involves a set of lasers firing at the molecule from opposite sides. The first laser hits it from the left, and the molecule absorbs a single photon. That photon reduces the molecule's momentum, just like a billiard ball colliding with another ball from the opposite direction. The calcium monofluoride molecule doesn't lose all of its momentum after that first laser shot, though. It moves toward the direction of the second laser, the one on the right. As it approaches, the light from that laser appears to have a shorter wavelength from the perspective of the molecule, a phenomenon known as Doppler shifting. The molecule absorbs another photon from the second laser, and again is slowed down. In a game of laser-powered table tennis known as Doppler cooling, the molecule gets slower, and colder.

The lasers also excite the molecule, enough that it emits photons after each absorption. But those photons are sent off in random directions, so the overall momentum of the calcium monofluoride isn't changed after many laser shots. That photon emission does put a lower limit on the molecule's momentum, because each emission provides a tiny "kick" – and that means the molecule is still a little "warm." That lower limit of temperature is known as the Doppler limit.

To get beyond that limit, Tarbutt's team used a magnetic field to trap the molecule in place, to be hit by lasers again. If one imagines the molecule at the bottom of a "hill," with the hill being potential energy, the lasers push it up the hill. In the ordinary world, kicking a ball up a hill increases its potential energy, but reduces its kinetic energy, because it slows down as it approaches the top. The same thing occurs with the calcium monofluoride molecule. (This is called Sisyphus cooling, named for the man in Greek myth who was sentenced to an eternity of rolling a rock up a hill only to have it roll back down). Reducing the molecule's kinetic energy reduced its temperature to 50 microkelvin.

Beyond the temperature record, another unique aspect of the work was using naturally occurring substances, said Lincoln Carr, a professor of physics at the Colorado School of Mines, who was not involved in the study.

"Before people were always working on something weird like potassium-rubidium," he said. While potassium-rubidium and other molecules do not naturally occur, calcium and fluoride atoms will make molecules in nature, and so don't require specialized techniques to unite. That opens up a lot of research avenues, Carr said.

"There are all kinds of naturally occurring molecules you could study," he said.

The study appeared in the Aug. 28 issue of Nature Physics.