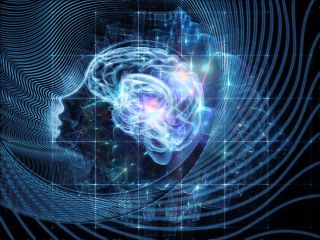 An artificial-intelligence-driven algorithm can recognize the early signs of dementia in brain scans, and may accurately predict who will develop Alzheimer’s disease up to two years in advance, a new study finds.

The algorithm — which accurately predicted probable Alzheimer's disease 84 percent of the time — could be particularly useful in selecting patients for clinical trials for drugs intended to delay disease onset, said lead study author Sulantha Sanjeewa, a computer scientist at McGill University in Canada.

“If you can tell from a group of of individuals who is the one that will develop the disease, one can better test new medications that could be capable of preventing the disease,” said co-lead study author Dr. Pedro Rosa-Neto, an associate professor of neurology, neurosurgery and psychiatry, also at McGill University. [6 Big Mysteries of Alzheimer's Disease]

The technology is still in its early stages, but the findings suggest that AI analysis of brain scans could offer better results than relying on humans alone, Rosa-Neto told Live Science.

The findings are detailed in a new study, which was published online in July in the journal Neurobiology of Aging.

Developing drugs that slow the onset of Alzheimer's disease requires that the drugs be tested in clinical trials that run between 18 and 24 months, Rosa-Neto said. But if people who are selected for the trial never develop Alzheimer's during that time, it's impossible to say whether a drug was effective, he said.

"You want to include people who will be progressing from mild cognitive impairment to dementia in the time of the clinical trial," Rosa-Neto said. Alzheimer's disease is the most common form of dementia, according to the Alzheimer's Association.

But selecting the best patients for these trials is a challenge, because it is difficult to predict who will develop the condition, Rosa-Neto said. Scientists know that the buildup of a protein called amyloid, which accumulates in various regions of the brain, can lead to cognitive impairment. But piecing together the complex patterns of where and how much of the protein builds up, and then using that information to predict when a person will develop Alzheimer's disease is difficult to do by reading PET scans alone. (These scans are imaging tests that use a radioactive dye to identify certain diseases in the body.)

The presence of amyloid in the brain, however, doesn't necessarily mean that a person will develop Alzheimer's within a certain time; for some, it may take five to 10 years for the symptoms of dementia to appear, Rosa-Neto said. Others may never develop the disease, he said. But once a person has developed dementia, it is very difficult to return the brain to normal cognitive function, Rosa-Neto added.

The artificial intelligence program that Rosa-Neto's team developed could help doctors identify the best participants for Alzheimer's drug clinical trials by predicting who is likely to develop the disease within a two-year window.

Creating an effective AI algorithm involves three main steps: writing the software, training it and then testing it to see how well it works, the researchers said.

As they were writing the software, the software engineers gave the algorithm some hints to help it analyze the PET images, Rosa-Neto said. The engineers designed it to take into consideration a common problem that pops up when studying people with mild cognitive impairment: In any given population, only a small fraction of a people will develop dementia.

The programmers also designed the algorithm to consider that the buildup of amyloid protein can occur at different rates, in different concentrations and at different locations in the brain, according to the study. [10 Things You Didn't Know About the Brain]

During the training portion of the study, the scientists used the algorithm to analyze the presence of amyloid in PET scans from nearly 200 patients who had mild cognitive impairment. The algorithm was then shown images from up to 24 months before the patients had developed the disease.

Once the program learned from this information, it was shown an entirely new set of amyloid PET brain scans from more than 270 individuals who had mild cognitive impairments. Of them, 43 were diagnosed with probable Alzheimer’s disease after the 24-month follow-up. However, the algorithm was shown only the images taken before the disease had fully developed. Using what it had learned, the AI algorithm predicted with 84 percent accuracy which individuals would develop the disease, according to the study.

In the study, the authorsnoted that no system that predicts Alzheimer’s disease based on images alone can be 100 percent accurate. In about 10 percent of diagnoses of “probable Alzheimer’s diseases,” for example, people actually have a different form of cognitive impairment.

The researchers also noted the group of people included in the study described themselves as having some loss of memory and may not represent the general public. The authors added that it would be highly desirable to replicate the findings in a general population.

Based on this study, the team also created a pilot version of a real-time prediction tool that will analyze individuals' PET brain scans and spit out probabilities of when the individuals may develop dementia within a 24-month period. The tool is available to the public online.