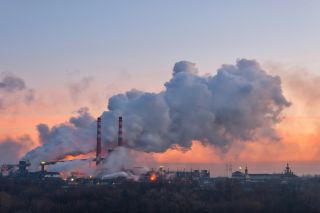 Human activity is driving climate change, and no part of America is unaffected.
(Image: © Dmytro Balkhovitin/Shutterstock)

Dozens of scientists representing 13 federal agencies in the United States agree that climate change driven by human activity is underway and its impacts across this country are dramatic. The researchers cite evidence from thousands of studies in a new report recently obtained by The New York Times.

A draft of the report, completed this year and shared online yesterday (Aug. 7) by The New York Times, has been reviewed and approved by the National Academy of Sciences. But it has not yet received permission for release from the Trump administration, members of which have claimed that climate change cannot definitively be linked to greenhouse gas emissions from human activity, the New York Times reported.

However, the report presents abundant indicators of the impact of climate change on the U.S., saying that recent extreme weather events — such as hurricanes, droughts, floods and pronounced heat waves — are the result of climate change. In addition, the report suggests "with very high confidence" that these episodes are likely to continue and to worsen, if current warming trends continue. [The Reality of Climate Change: 10 Myths Busted]

Signs of relentless global climate change are all around us. Average land temperatures break new records each year — our planet's 10 hottest years in recorded history have all occurred since 1998. For now, 2016 stands as the warmest year on record, preceded by 2014 and 2015, which themselves broke previous records. Sea levels are rising, and oceans are becoming warmer and more acidic. Glaciers are shrinking, Arctic sea ice is disappearing and ice shelves in Antarctica are breaking up.

If current trends of greenhouse gas emissions continue, temperatures across the U.S. will likely continue to rise, with a projected increase of 5 to 7.5 degrees Fahrenheit (2.8 to 4.8 degrees Celsius), The New York Times reported.

The report is part of the National Climate Assessment, a congressionally mandated summary of climate change's impacts on the U.S, produced every four years. Scientists provided an in-depth regional assessment of the most recent findings related to weather and climate, to reveal how climate change is affecting human welfare.

The researchers found that no part of the U.S. was unaffected by climate change, according to The New York Times. Since the 1980s, extreme heat waves have become more common, and overall there are more warm days with higher temperatures. And since the start of the 20th century, average rainfall in the U.S. has increased by approximately 4 percent, the researchers discovered.

And temperatures in Alaska are rising twice as fast as the global average, which could have significant consequences for the U.S. "due to accelerating land and sea ice melting that is driving changes in the ocean including sea level rise threatening our coastal communities," the scientists wrote.