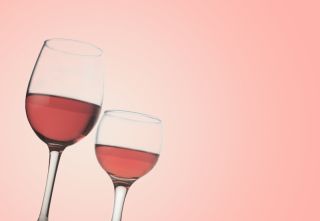 Women who can't wait to have their glass of wine at the end of the day, take note: A new report concludes that even one small drink daily can raise a woman's risk of breast cancer.

The report includes data gathered from more than 12 million women worldwide — 260,000 of whom had breast cancer — during nearly 120 studies.

In the report, which was published today (May 23), researchers cut through the clutter of breast cancer studies, and offer a clear set of recommendations to help women reduce their risk of the disease. These recommendations include cutting back on alcohol and getting more physical activity. [10 Do's and Don'ts to Reduce Your Risk of Cancer]

"It can be confusing with single studies when the findings get swept back and forth," co-author Dr. Anne McTiernan, a cancer prevention researcher at Fred Hutchinson Cancer Research Center, said in a statement.

"With this comprehensive and up-to-date report, the evidence is clear: Having a physically active lifestyle, maintaining a healthy weight throughout life and limiting alcohol — these are all steps women can take to lower their risk" of breast cancer, McTiernan said.

The researchers found that drinking 10 grams of alcohol per day was associated with a 5 percent increased risk of breast cancer in premenopausal women and a 9 percent increased risk in postmenopausal women, compared with women who don't drink. A standard drink, such as a 12-ounce beer or a 5-ounce glass of wine, has 14 grams of alcohol, according to the National Institutes of Health, so 10 grams is considered a small drink.

It's still not entirely clear how alcohol may affect breast cancer risk, according to the report. One hypothesis is that people who drink heavily also tend to eat a diet that lacks certain nutrients, such as folate, the authors wrote. Folate may be involved in cancer prevention. Other studies have suggested that the molecules that are formed when alcohol is broken down in the body might be harmful, or that alcohol might have an effect on hormone levels, which, in turn, could increase cancer risk, according to the report.

The amount of physical activity that a woman gets was also found to play a role. The premenopausal women in the review of studies who exercised vigorously had a 17 percent lower risk of breast cancer than those who didn't exercise at all. And in postmenopausal women, vigorous exercise was associated with a 10 percent lower risk of breast cancer. [7 Cancers You Can Ward Off with Exericse]

Interestingly, for premenopausal women, the most convincing evidence was for a risk factor that women can't control: their height. Compared with shorter women, taller women had a greater risk of breast cancer, the researchers found.