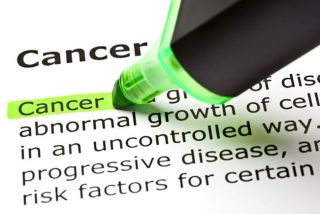 WASHINGTON — It really may be worth it to follow experts' recommended cancer prevention guidelines, no matter your age, a new study finds.

People who follow cancer prevention guidelines, which focus on sticking to a healthy lifestyle, do have a lower risk of cancer, said lead study author Rachel Murphy, an assistant professor of population and public health at the University of British Columbia. Murphy presented her findings here Monday (April 3) at the American Association for Cancer Research's annual meeting. The findings have not been published in a peer-reviewed journal.

The World Health Organization estimates that 30 to 50 percent of all cancers are preventable. Another organization, the World Cancer Research Fund, says that 20 percent of cancers could be prevented if people specifically followed certain lifestyle behaviors. [7 Cancers You Can Ward Off with Exercise]

For example, the American Cancer Society (ACS) recommends that people maintain a healthy weight, be physically active, eat a healthy diet with lots of fruits and vegetables, and limit their alcohol intake.

In the new study, the researchers looked at how well a group of older adults followed the ACS' healthy lifestyle guidelines. A large part of the recent increase in cancer cases is due to the aging population, Murphy told Live Science, but older people often are not included in studies focused on cancer prevention.

The new study included more than 2,100 black and white adults in the U.S. who enrolled in the long-running Health, Aging and Body Composition Study when they were in their 70s. At the beginning of the study, the participants were asked to recall how much they had weighed at ages 25 and 50, so that the researchers could estimate whether the participants had maintained their weight throughout their lives. Diet, physical activity levels and alcohol intake were measured by questionnaires, according to the study. [7 Ways Alcohol Affects Your Health]

The researchers checked medical record or death certificates to confirm which participants developed cancer over the 15-year follow-up period.

Using the participants' data on weight, diet, physical activity levels and alcohol intake, the researchers gave each participant a score based on how well they followed the guidelines, from 0 (lowest adherence) to 9 (highest adherence).

Still, women who had the highest scores (between 7 and 9 points) had about half the cancer risk as women with the lowest scores (between 0 and 3 points), Murphy said. The most common cancers that women in the study developed were breast cancer and colon cancer, she said; these two cancers have strong links to lifestyle behaviors.

In men, however, the researchers observed no reduction in cancer risk linked to close adherence to the guidelines. However, this may have been because the two most common cancers that the men in the study developed were prostate cancer and lung cancer, Murphy said. The prevention guidelines that researchers focused on aren't related to these cancers, she said.