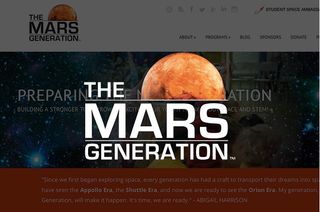 Catch a whiff of the fresh science movies springing up on Netflix in May! Live Science looks at some of the titles that are taking root.

The Big Burn (PBS, 2015): In 1910, untested employees of the newly-formed U.S. Forest Service were caught unawares by a terrifying and deadly challenge. This documentary explores how the rookie rangers confronted monumental drought in the Northern Rockies that led to out-of-control wildfires. The burning peaked during the month of August, when flames devoured 3 million acres in 36 hours and claimed the lives of 78 firefighters, shaping federal policies for wildfire control for the coming decades.

Blood on the Mountain (Virgil Films and Entertainment, 2016): Mining coal takes a toxic toll on the human body and on the environment. And the legacy of coal mining in West Virginia is on grim display in this unflinching documentary, which offers a bleak view of the environmental and human cost exacted by fossil fuel extraction, benefiting corporations and politicians far more than it benefits the hard-laboring workers.

The Mars Generation (Netflix, 2017): Could humanity's future include travel to Mars? Astrophysicists and astronauts weigh in on the challenges of long-distance spaceflight and the dream of missions that could transport people to the Red Planet. Meanwhile, teenage trainees at the U.S. Space and Rocket Center immerse themselves in work toward making that dream a reality.

Command and Control (PBS, 2017): Building a nuclear arsenal comes with incredible risks, and most Americans may be unaware that in 1980, an accident at a nuclear missile complex in Damascus, Arkansas, nearly resulted in the detonation of a warhead 600 times more powerful than the bomb that leveled Hiroshima. Based on recently declassified documents, this fascinating glimpse into the American nuclear weapons program tracks its history, and evaluates the human errors and accidents along the way that could have doomed us all.

What's With Wheat? (Gravitas Ventures, 2016): Why are so many people wheat-intolerant or sensitive to wheat? And why is wheat linked to so many modern-day health problems, when it has been a staple of the human diet for thousands of years? In this documentary, a nutritionist interviews 14 experts, to understand how wheat has changed since it was first cultivated, how these changes could be affecting human health, and how people can break a dietary cycle that could be making them sick.