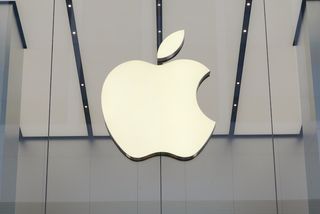 Apple is slated to release a new iPhone this year, and one premium model will reportedly feature a curved screen, news reports said. These curved displays seem to be all the rage, with companies designing the screens for everything from smartphones to televisions. But what, if anything, do you gain from the curve?

Plenty of others phone makers have released curved screens, but Samsung was the first with the release of the concave Samsung Galaxy Round in 2013. Since then firms have experimented with various different kinds of curves, but when Samsung introduced the convex dual-curved sides to its flagship Galaxy S6 in 2015 it set the zeitgeist and most phone makers have since toed the line.

Rumors about Apple's curved iPhone were reported by The Wall Street Journal. Citing unnamed sources familiar with the matter, the Journal reported that Apple would be releasing a high-end version of its 10th-anniversary iPhone, alongside the iPhone 8 and iPhone 8 Plus; this version will have a curved screen and be priced at around $1,000. [10 Technologies That Will Transform Your Life]

And Apple is hardly the only company investing in this display technology. Samsung was the first to release a smartphone with a curved display, the concave Samsung Galaxy Round, in 2013. Since then, other companies have experimented with different kinds of curves, but in 2015, when Samsung introduced the convex, dual-curved sides to its flagship Galaxy S6, the company seemed to ignite a new trend.

Tellingly, The Korea Herald also reported that Samsung could end up supplying Apple with the curved screens. This is because Apple currently uses liquid crystal display (LCD) technology in its iPhones, and creating curved screens is practical only with organic LED (OLED) displays.

These displays, which are also used in TVs, rely on a thin film of organic compound — that is, a compound that contains carbon — which emits light in response to an electric current. LCDs, on the other hand, require backlighting to shine light through the liquid crystals.

Samsung pioneered OLED technology in the early 2000s, and has built up a market-leading position in the development of the small OLED displays used in smartphones, said Karl Leo, director of the Integrated Center for Applied Physics and Photonic Materials at the Technical University Dresden in Germany.

"Samsung took a high risk to develop the production processes," Leo told Live Science. "Initially, for a couple of years, Samsung had the market to itself, and since obviously Apple and Samsung are competitors, Apple clearly had a problem with the need to establish independent manufacturing facilities that have enough capacity for the very large number of displays it needs."

While mass-producing OLEDs is complicated, the benefits are considerable, and several other companies are now producing the screen on a large scale, Leo said. OLED displays can have higher contrasts — blacker blacks and brighter whites — than LCD displays, he said. And unlike with LCDs, looking at an OLED screen from narrow angles does not distort the color or contrast, he added.

Most importantly, OLEDs emit light themselves and so don't need backlighting, and this allows for much thinner displays, Leo said. In addition, the films of organic compounds are soft, making it possible to create a curved screen, he said.

But why would you want a curved screen? The curved edges of the Samsung Galaxy S6, which introduced the de facto standard for curved smartphone screens, featured various new functions. These included shortcuts and information that can be seen at a quick glance on the long, curved edges of the device.

But Samsung said the main goal was to tackle "FoMo," or fear of missing out, reported The Daily Telegraph. The phone allows users to assign a color for up to five contacts, and the screen lights up in that color if they call. When the screen is face down, users can still see the curved edges, so it's possible to tell if a friend is calling even if users are in a situation where it would be rude to check their phone.

However, design choices are the main reason behind the new trend for curved screens, not functionality, said Leo, who owns a Galaxy S7 Edge himself.

"It's a desire [of] manufactures to distinguish themselves, but in my opinion this has its limits," he said. [11 Odd and Intriguing Smart Home Technologies]

I must frankly say a curved screen is a minor step," He said that the ultimate promise of OLED technology is flexible screens that can be bent and twisted without damaging them and even screens so supple they can be rolled up like a towel.

There are considerable challenges to overcome before reaching that promise though, he said. Creating highly flexible displays will require a flexible substrate (the layer on which the OLEDs are applied) rather than the glass substrate that is typically used today, he said.

OLEDs also need to be protected from humidity and oxygen; otherwise, the pixels get damaged and stop working, Leo said. With a glass substrate, this is not too difficult, but if phone manufacturers switch to a flexible plastic substrate, it is much more challenging to keep oxygen and humidity levels low enough, he added.

It's not just the OLEDs that need to be flexible, though. The transistor backplane — the layer of  components responsible for electronically switching each pixel on and off — will need to be flexible as well, Leo said. He said that flexible organic transistors could solve this problem, but these materials are still a ways away from being commercially available, which means truly flexible displays aren't likely to appear anytime soon, according to Leo.

But unlike curved phone screens, when flexible displays do arrive, they will be cause for real excitement Leo said. For example, he says one could imagine a phone display that could be rolled up tight enough that it could fit inside a pen. When you want to use the phone display you simply unfurl it from the pen and then it rolls back up once you're done.

"Wouldn't that be lovely?" he said.

Or at home, imagine if your television is actually rolled up like a window shade, and if you want to use it, you pull it down, watch TV, and then simply zip it up again.