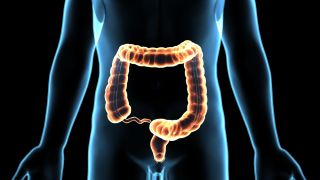 Colorectal cancer rates are on the rise among millennials and Gen Xers in the U.S., a new study finds. The findings come as rates of these cancers have continued to decline in adults ages 55 and up, according to the study.

In the study, the researchers looked at data from the Surveillance, Epidemiology and End Results (SEER) Program, a government registry of cancer diagnoses. The data included all cases of colon and rectal cancer that occurred from 1974 to 2013 in nine regions of the United States in adults ages 20 and older. [7 Cancers You Can Ward Off with Exercise]

The analysis included nearly 500,000 cases, according to the study, published today (Feb. 28) in the Journal of the National Cancer Institute.

The researchers found that in the late 1970s and early 1980s, the rates of colon cancer among adults ages 50 and up increased, and the rates among adults under age 50 decreased.

For rectal cancer, the changes in the rates were more pronounced, the study said.

The researchers also looked back at the rates of colorectal cancer for people born each decade dating back to the 1890s. The rates of the disease were lowest for those born in the 1950s, the researchers found.

"Trends in young people are a bellwether for the future disease burden," lead study author Rebecca Siegel, an epidemiologist at the American Cancer Society, said in a statement.

"Our finding that colorectal cancer risk among millennials has escalated back to the level of those born in the late 1800s is very sobering," Siegel said.

The increase in risk for younger generations may be due to lifestyle factors, which include excess weight, high consumption of red meat and alcohol, and low levels of physical activity and fiber consumption, the researchers wrote in the study.

Reversing these factors could help reduce people's risk of developing colorectal cancer, the researchers noted. However, making these changes can take time, so it's important to educate younger adults and their doctors about the rising rates of the disease, the researchers said.

"Educational campaigns are needed to alert clinicians and the general public about this increase, to help reduce delays in diagnosis," Siegel said.