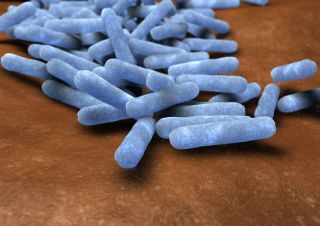 Drug-resistant bacteria can lurk in the pipes of hospital sinks, and a new study shows that these dangerous bacteria can also make their way out of sinks and continue on to reach patients.

A number of recent reports have found that drug-resistant bacteria grow in the drainpipes of hospital sinks, according to the study, published today (Feb. 24) in the journal Applied and Environmental Microbiology. "The wet, humid and relatively protected environment" of the drainpipes makes for an ideal breeding ground for bacteria, the researchers wrote.

In addition, many reports have also found a genetic link between the pathogens in hospital drainpipes and the pathogens in patients, they wrote. In other words, the same bacteria found in the drainpipes have been found in infected patients. [6 Superbugs to Watch Out For]

But it was unclear how these pipe-dwelling bacteria ended up infecting patients, considering patients don't come into direct contact with the insides of drainpipes.

To trace the path from pipe to patient, the researchers built a lab with five identical hospital sinks that were all connected via plumbing. It was "the only sink lab we are aware of in the U.S.," senior study author Dr. Amy Mathers, an associate professor of medicine and pathology at the University of Virginia School of Medicine, said in a statement.

The researchers began by colonizing the elbow of the drainpipe — also called the P-trap — in one of the sinks with Escherichia coli bacteria. For the first two weeks of the experiment, the researchers occasionally ran water from the faucet, and they did not observe much bacterial growth. But after two weeks, they stopped turning on the faucet, and instead added nutrients to the drainpipe, based on what they predicted would be found in a hospital, such as intravenous fluid, feeding supplements and leftover beverages.

The nutrients jolted the E. coli into action: The researchers observed that the nutrient-fed bacteria colony grew at an average rate of 1 inch (2.5 centimeters) a day, reaching the sink strainer after just one week.

And the bacteria didn't only grow upward, toward the sink; they also grew along the pipes that connected the five sinks. (The sinks in the researchers' lab were all in a row.) Seven days after the E. coli in a sink at the end of the rowwas given nutrients, the researchers found bacteria in the pipes of the next three sinks in the row. Only the sink on the opposite end of the row didn't have bacteria in the pipe. Moreover, one week after that, the bacteria had grown up to the sink strainer in two more sinks, they found.

But the question of how the bacteria could reach a patient still remained. [Tiny & Nasty: Images of Things That Make Us Sick]

In the dispersion experiment, the researchers noted that the highest concentrations of bacteria were found closer to the faucet, which may be due to the specific design of the sink bowl and the faucet used in the study. This is important, as many hospital sinks have similar designs, the researchers wrote.

An understanding of how the bacteria are spread is important, Mathers said, as it gives researchers the opportunity to "develop and test potential intervention strategies that can be used to prevent further spread."