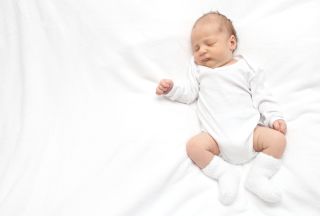 Today's high-end baby monitors do far more than just show video of a little one — some offer to measure babies' vital signs, including their breathing and heart rate, and let parents track all this info on their smartphones. But these monitors may not have any medical benefits, new research suggests.

For their report, the researchers examined the features of five infant monitors that had been introduced over the past two years and had accompanying smartphone apps. The researchers also looked at online information about these monitors on the manufacturers' websites. The five monitors named in the report were the MonBaby, Baby Vida, Owlet, Snuza Pico and Sproutling, whose cost ranged from $150 to $300. [7 Baby Myths Debunked]

One problem the researchers found was that the monitors would sound an alarm when the baby was actually OK. For example, "An upset, crying 1-month-old baby could have a heart rate that exceeds 180 beats per minute, which would cause a heart rate alarm on the Baby Vida monitor using its predetermined heart rate alarm settings," said Dr. Christopher Bonafide, a co-author of the report and a pediatrician at Children's Hospital of Philadelphia.

This heart-rate level is not really concerning in this situation. But "a concerned parent might be compelled to seek care from a physician for reassurance, potentially leading to an EKG, chest X-ray, blood test, and admission for monitoring," he said.

"That baby would be subjected to unnecessary discomfort, radiation and exposure to sick, contagious kids in waiting rooms," he told Live Science. "The parents might miss work, feel anxious, and then be stuck with a significant hospital bill."

The manufacturers do not claim on their websites that their products can diagnose, treat or prevent disease in babies. The researchers, however, found that an advertising video of Owlet does mention sudden infant death syndrome (SIDS) — the unexplained death of a baby, usually during sleep — and suggests that the device may notify parents that something is wrong with the baby, according to the report, published today (Jan. 24) in the journal JAMA.

However, "there is absolutely no evidence that using a vital sign monitor at home can prevent SIDS, and there is potential for harm if parents choose to use them," Bonafide told Live Science. [4 Tips for Preventing SIDS]

Moreover, there is no evidence that such monitors are even accurate in measuring clinical indicators of a baby's health, the researchers said.

"Parents are wondering about these monitors because they care about and love their babies, and they want to do everything they can to keep them healthy," Bonafide said. "Monitor companies have capitalized on that to some degree, promising 'peace of mind' and offering to alert parents if something is wrong with baby’s health."

Parents should discuss the use of such devices with their doctors, Bonafide said. Doctors should then try to understand what concerns might have led parents to ask about these devices in the first place, he said. "Once those concerns have been addressed, [doctors] should reassure parents of healthy infants that there is no role for vital sign monitors in the care of a healthy baby," he added.