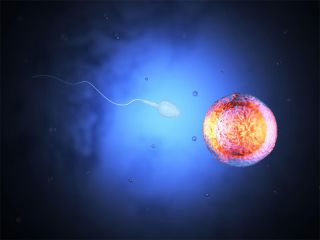 Egg freezing has been touted as a way for women to put off having children, giving them more time to  work on their careers or search for the right partner. But a new study finds that few women who freeze their eggs actually end up using them.

In the study, researchers in Australia surveyed nearly 100 women who had elected to freeze their eggs, between 1999 and 2014, as a way to delay childbearing. (None of the women in the study had a medical reason for freezing their eggs.)

Overall, just 6 percent of the women had used their frozen eggs at the time of the survey, and 3 percent had given birth using the frozen eggs. [5 Myths About Fertility Treatments]

About 1 in 5 of the women (22 percent) had been pregnant at some point since freezing their eggs. In most of these cases, the women had conceived naturally, or had undergone in vitro fertilization using "fresh" eggs (rather than their frozen eggs), and some of the women had had miscarriages.

When asked why they hadn't yet used their frozen eggs, most of the women said that they didn't want to be a single parent, or that they wanted to try to conceive naturally.

The researchers concluded that information on the proportion of women who return to use their stored eggs, as well as information about their reasons for not using the eggs and their overall pregnancy outcomes, "might help women to make more informed decisions about whether to freeze oocytes," they wrote in the Jan. 6 issue of the journal Human Reproduction.

Previous studies have had similar findings. For example, researchers at one fertility clinic in Santa Monica, California, found that, from 2007 to 2012, 232 women froze their eggs at the clinic to delay childbearing, but 95 percent of these women still had not used their eggs by 2015. [5 Surprising Facts About Egg Freezing]

It's important to note that many women in the new study had only recently frozen their eggs — nearly half  the women said they had frozen their eggs within the last two years, and this may, in part, explain why so few women reported using their eggs, the researchers said.

In addition, the researchers noted that 6 percent of women in the study who ended up using their eggs had all used an older method for egg freezing, known as "slow freezing," and only half of these women who tried to use the eggs frozen by this method ended up having a baby with their frozen eggs. But the women who froze their eggs in more recent years (after 2012) used a newer technology for egg freezing, called vitrification. And although it's too soon to tell, it's possible that the women who used this method will have a greater chance of having a baby using their frozen eggs, the researchers said.

Still, "these results demonstrate the diverse potential reproductive outcomes and reproductive heterogeneity of women who freeze oocytes for nonmedical reasons," they said.

When using frozen eggs, the chances of pregnancy depend, in part, on how old women are when they froze their eggs, and the number of eggs they chose to freeze.

The new study was funded by Melbourne IVF, the fertility clinic where participants went to freeze their eggs.