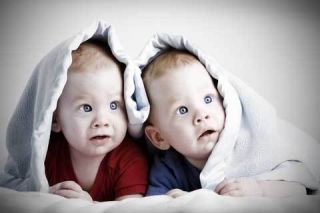 Worldwide, the estimated total number of babies born as the result of assisted reproductive technologies has reached 5 million.
(Image: © Dreamstime)

Since the birth of the world's first "test-tube baby," Louise Brown in July 1978, the world has seen an estimated 5 million babies resulting from IVF and other assisted reproductive technologies, researchers have announced.

The calculation is based on the number of in vitro fertilization (IVF) and intracytoplasmic sperm injection (ICSI) treatment cycles worldwide up to 2008, with estimates added for the following three years. Last year, 4.6 million babies were born from these technologies, the scientists estimated. The estimates were put together for a presentation by the International Committee for Monitoring Assisted Reproductive Technologies (ICMART), an international nonprofit whose goal is to collect and report data on assisted reproductive technologies.

"It means that this technology has been highly successful in treating infertile patients," David Adamson, director of Fertility Physicians of Northern California, said in a statement. "Millions of families with children have been created, thereby reducing the burden of infertility," said Adamson, who is also ICMART chairman.

In the United States alone, some 10 percent of women (6.1 million) ages 15 to 44 have difficulty getting pregnant or staying pregnant, according to the Centers for Disease Control and Prevention (CDC). But infertility isn't just a woman's issue. A 2002 CDC study found 7.5 percent of all sexually experienced men (about 3.3 to 4.7 million) had seeked help having a child at some time during their lifetime; of the men who sought fertility help, 18.1 percent were diagnosed with a male-related infertility problem, including sperm or semen problems.

The biggest drawbacks to assisted reproductive technologies have been the time they take, the costs involved and the possibility of multiple births. A 2009 report detailed in the journal Human Reproduction suggests multiple births associated with ART have been on the decline, with Europe and Australia-New Zealand leading the way in the reduction of multiples. (Multiple births, rather than being seen as a success, are considered a serious medical complication with potentially harmful effects for both babies and mom; these include pregnancy complications, premature births, low birthweight babies and even infant death, according to the CDC.)

Recent research has found that ICSI, in which a single sperm is injected into an egg, was associated with a higher risk of birth defects, not all of which could be explained by factors such as maternal age. Nevertheless, many babies born from assisted reproductive technologies turn out healthy.

"The technology has improved greatly over the years to increase pregnancy rates. The babies are as healthy as those from other infertile patients who conceive spontaneously," Adamson said in a statement.

Other ICMART data indicate that around 350,000 babies are born worldwide each year as the result of ART, a number the researchers say continues to rise. The United States and Japan rank as the most active countries for ART, with Europe being the most active region for reproductive technologies.

The figures will be presented this week at the 28th annual meeting of the European Society of Human Reproduction and Embryology in Istanbul, Turkey.