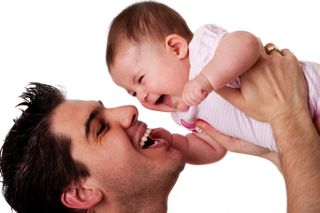 Babies conceived through in vitro fertilization have an increased risk of birth defects, but most of this risk is due to factors related to the parents who seek this technology, and not to the procedure itself, a new study from Australia shows.

In the study, 7.2 percent of babies born after IVF had a birth defect, compared with about 6 percent of babies conceived naturally. However, most of the increased risk of birth defects could be explained by parental factors, such as the mother's age, smoking status and conditions during pregnancy.

"That's reassuring and good news to patients" who use IVF, said Dr. Avner Hershlag, chief of the Center For Human Reproduction at North Shore University Hospital in Manhasset, N.Y., who was not involved in the study. "It will hopefully alleviate a lot of anxiety," Hershlag said.

In the study, couples who used any type of assisted reproduction — including IVF, artificial insemination and fertility pills — were more likely to have a baby with birth defects. However, the risk varied depending on the type of treatment was used.

In particular, a procedure called intracytoplasmic sperm injection (ICSI), in which a single sperm is injected into an egg, was associated with a higher risk of birth defects, and not all of the risk of ICSI could be explained by factors such as maternal age.

"Our findings can help provide guidance in counseling patients who are considering treatment for infertility," the researchers said.

While previous studies have linked assisted reproduction technology and an increased risk of birth defects, the new study is one of the first to look at the risk associated with specific types of infertility treatments.

Michael Davies, of the University of Adelaide, and colleagues analyzed information from more than 308,000 babies born in South Australia, around 6,100 of whom had been conceived with the help of assisted reproductive technology.

People who used of clomiphene citrate, a drug that simulates ovulation, without the help of a doctor had triple the risk of having a baby with a birth defect.

Both artificial insemination and the use of treatments to induce ovulation with the help of a doctor were not associated with an increased risk of birth defects.

While some patients are concerned that freezing embryos may cause damage, Hershlag said, the study found frozen embryos had a reduced risk of birth defects.

The study suggests researchers can offer infertility treatments that do not increase the risk of birth defects, beyond the biological risk conferred by the parents, Davies said.

However, Hershlag noted that infertile parents do not always have options in which treatment to use. For instance, for couples in which the man is infertile due to low sperm count, ICSI is the only option if the parents want a child that is related to the father, Hershlag said.

The findings of the study have to be taken "with the knowledge that many of these patients do not have any other choice to have a child," Hershlag said.

The study was published today (May 5) in the New England Journal of Medicine.

Pass it on:  Assisted reproduction is associated with an increased risk of birth defects, but for IVF, this risk is mostly due to factors such as the mother's age.