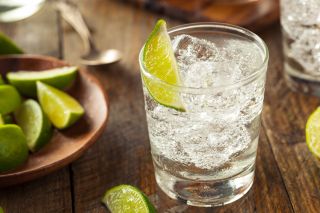 One sip of a vodka tonic landed a 35-year-old woman in the emergency room, and seven years later, she's still dealing with the damage caused by the drink, according to a new report of her case.

The woman had a rare condition called "quinine-induced thrombotic microangiopathy," which caused a body-wide reaction to quinine, a chemical found in tonic water, the doctors who treated her wrote in the case report, published today (Jan. 4) in The New England Journal of Medicine.

The illness "hit like lightning," said Dr. James George, a hematologist at the University of Oklahoma and the lead author of the report. [Here's a Giant List of the Strangest Medical Cases We've Covered]

At the time of the incident in 2009, the woman told doctors that she had suddenly become ill when driving home from an office party. She developed chills, muscle aches, nausea and abdominal cramps, the doctors wrote.

That night, she ran a fever of 102 degrees Fahrenheit (38.9 degrees Celcius), and her stomach problems persisted. But by the time she went to the emergency room the next morning, her symptoms had improved. At the time, the ER doctors suspected that the woman had viral gastroenteritis — the stomach flu.

But the woman returned to the ER two days later; she still had back pain and had not urinated since she got sick, according to the case report. This time, she was admitted to the hospital, where tests showed that she had experienced kidney damage, according to the report.

The doctors suspected that the woman had thrombotic microangiopathy (TMA), which occurs when blood clots form in the tiny vessels in the body and can be caused by a range of factors, George said.

In her case, however, the cause of TMA wasn't one that doctors often see, such as problems with blood-clotting mechanisms or a particular type of E. coli infection, George said.

Quinine, the chemical found in tonic water, can also cause TMA, but George said the woman told him that she didn't take quinine pills or drink gin and tonics. (The Food and Drug Administration banned quinine pills in 2007 because of severe reactions linked to them.)

It was only then that the woman recalled having a sip of a vodka tonic at her office holiday party the night she got sick, George said.

In addition, she also realized that she had a similar reaction 16 months earlier, when she drank a vodka tonic at a wedding and also had to go to the hospital, according to the report. That time, however, her major symptom was a severe headache, the doctors wrote.

When a person has quinine-induced TMA, he or she has a particular type of "auto-antibody" in the blood, George told Live Science. Auto-antibodies, which are found in people with autoimmune disease, attack the body as if it were a "foreign" invader.

Normally, these particular auto-antibodies are not very active in the body, George said.

But when the person ingests quinine, the chemical binds to these auto-antibodies and causes them to change their shape, George said. In their new shape, they're able to attack cells in the body aggressively, inflicting serious damage, he said. Once the quinine is cleared from the body, the auto-antibodies return to their harmless state, he added; only the damage to the body is left. [The 16 Strangest Medical Cases of 2016]

"It's like a tornado going through town, and then you spend a month cleaning up," George said.

Indeed, George noted that it was likely that by the time the woman had gone to the emergency room, the quinine had already left her body. However, the auto-antibodies had enough time to do severe damage to her kidneys, in particular, he said. The kidneys are particularly vulnerable to damage from TMA because they have an abundance of very small and delicate blood vessels, he added.

The woman was the 19th patient that George had seen with quinine-induced TMA over a 15-year period, he said. For someone to have a reaction this severe to the concentration of quinine in tonic water, he or she would have to be extremely sensitive to the chemical, he said.

Currently, there is no specific treatment for quinine-induced TMA, George said. The woman did spend about a week in the hospital, but during this time, she was not acutely ill, he said. Because of the damage to her kidneys, she had to undergo dialysis for two months, according to the report.

At a recent follow-up visit seven years later, the woman told doctors that she was doing well and was able to fulfill her responsibilities with her family and her career. She is taking medications for her kidneys, and she often has trouble thinking of "particular words during conversations and [had] to stop in the middle of her sentences to 'wait for [her] brain to catch up,'" she said, according to the report. The damage from the auto-antibodies also might have affected some of the small blood vessels in her brain, George noted.