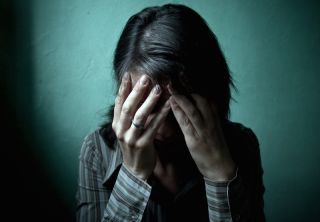 If women choose to have an abortion, those who are allowed to obtain one may have better mental health outcomes than those who are denied one, according to a new study.

The results of the study cast doubt on the idea that women experience mental health problems due to having an abortion, the researchers said. This idea has been used as a basis for laws in some states that require women to undergo counseling about the supposed negative psychological outcomes from having an abortion before these women obtain such an procedure, the researchers said.

The new results show that denying women an abortion may have more negative effects on their mental health than allowing women to get the abortion, said lead study author M. Antonia Biggs, a researcher of reproductive health at the University of California, San Francisco. [5 Controversial Mental Health Treatments]

The findings also suggest that doctors should provide women who are considering an abortion with the most accurate scientific information to help them make decisions related to their pregnancies, the researchers said.

The researchers found that the women who had been denied an abortion had more anxiety symptoms, lower self-esteem and lower levels of life satisfaction during the initial rounds of interviews than those who had undergone abortions, including among those women who were near the limit of when their clinic agreed to perform abortions. [7 Ways Depression Differs in Men and Women]

However, the increased anxiety, lowered self-esteem and decreased life satisfaction in those women who were denied abortion did improve over time. By six months to one year after the start of the study, those measures reached levels that were on average similar to those in women who did have an abortion, the researchers said. This improvement was particularly pronounced in women who eventually miscarried or had an abortion at another facility, the researchers found.

The initial increase in negative psychological symptoms in women who were denied an abortion likely shows the women's reactions to being denied, the researchers said.

Moreover, the researchers found that during the first rounds of interviews in the study, many of these women said they were still trying to obtain an abortion at another facility. The additional stress from having to find and travel to another abortion facility and raise money to pay for the extra travel and the procedure itself may have also contributed to the women's psychological symptoms, said the study, published today (Dec. 14) in the journal JAMA Psychiatry.