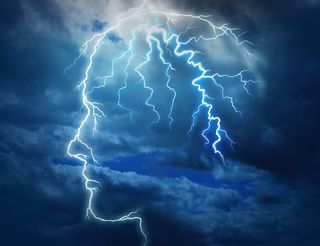 A young woman's weeklong bout of "strange behavior" was caused by a rare disease in which the immune system attacks the brain, according to a new report of the woman's case.

The 27-year-old woman went to the emergency room in Colorado after a week of feeling ill. She had began experiencing short-term memory loss and anxiety, and later developed agitation, hallucinations and involuntary movements, the doctors who treated her wrote in their report.

Prior to that week, the woman had been healthy. She told the doctors that she hadn't drank alcohol, smoked tobacco or used any drugs, according to the report, published Nov. 30 in The New England Journal of Medicine.

When a person comes into the emergency room with an "altered mental status," doctors must consider a wide range of possible causes, which run the gamut from neurological conditions, to trauma, to psychiatric illnesses, to body-wide diseases, according to the report. [Here's a Giant List of the Strangest Medical Cases We've Covered]

The doctors ran tests and carefully evaluated the woman's symptoms, eventually ruling out that the problem could be an infection, or the result of a toxin or a metabolic disorder.

The woman's age, sex and the involuntary muscle movements suggested that she might have had a rare type of encephalitis, or inflammation of the brain, called anti-NMDA receptor encephalitis, according to the report. The NMDA receptor, or N-methyl-D-aspartate receptor, is found on cells in the brain.

Anti-NMDA receptor encephalitis is an autoimmune disorder, said Dr. Susan Mathai, who treated the woman and was the lead author of the case report. In autoimmune disorders, the immune system attacks a person's own body. In anti-NMDA receptor encephalitis, the immune system makes antibodies that attack the NMDA receptor in the brain, said Mathai, who is also an assistant professor of medicine who teaches pulmonary science and critical care at the University of Colorado School of Medicine.

When this attack happens, it causes inflammation in the brain, which, in turn, can cause neurological symptoms, such as seizures and a loss of muscle-movement control, Mathai told Live Science.

Although the disease is rare, it's "not as rare as people think," Mathai said. She noted that there have been multiple cases at the University of Colorado, and that this autoimmune disorder is "increasingly being recognized as a cause of encephalitis." About 4 out of 5 people with anti-NMDA receptor encephalitis are women, according to the report.

To test for the condition, the doctors took a sample of the woman's spinal fluid. They found that it contained the antibodies, which confirmed she had the disease.

It's not entirely clear what causes a person to develop the autoimmune disorder. However, scientists think certain tumors may play a role.

Ovarian teratomas, which are a type of noncancerous tumor that grows on the ovaries, are the most common type of tumor found in patients with the disorder, according to the report.

In general, it's thought that certain proteins in these tumors trigger the immune system to create the antibodies that attack the NMDA receptor, Mathai said.

Indeed, when the doctors looked at the woman's ovaries, they found such a tumor on her left ovary, and removed it, according to the report.

Tumor removal is an important part of treating the autoimmune disease, according to the report.

Doctors also need to remove all of the problematic antibodies from a person's blood. To do so, the woman in the case underwent plasmapheresis, a procedure to purify the blood, for five days, the doctors wrote. She was also given medications to suppress her immune system, in order to stop the production of more antibodies.

The woman has fully recovered from the illness, the doctors noted in the report.