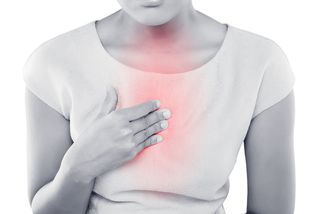 A popular type of heartburn medicine may raise a person's risk for a common type of stroke, a new study from Denmark finds.

People in the study who took proton pump inhibitors (PPI) faced an increased risk of ischemic stroke, compared with people who did not take these medicines, according to the study, presented today (Nov. 15) at the American Heart Association's annual meeting, called the Scientific Sessions.

Ischemic strokes are the most common type of stroke, according to the American Stroke Association. They occur when a blood clot blocks the flow of blood to the brain, preventing a region of the brain from receiving oxygen and nutrients. [Strange Stroke Stories: Ebola, Hickeys and Other Weird Causes]

In the study, the researchers examined data collected between 1997 and 2012 on more than 244,000 Danish adults who had never had a stroke. The average follow-up time was six years, the researchers said.

Nearly 9,500 people in the study had a stroke during the follow-up period, the researchers found.  Overall, the people who took PPIs faced a 21 percent increase in risk of ischemic stroke, compared with nonusers.

However, the dose of the medicine mattered, the researchers also found.

At the lowest doses, the increase in stroke risk was only slight, or there was no increase at all, depending on the specific drug, according to the study.

At the highest doses, however, the risk of ischemic stroke was much greater. For example, people who took a daily dose of more than 80 milligrams of a PPI called pantoprazole, which goes by the brand name Protonix, faced a 94 percent increase — in other words, a near doubling — in stroke risk, compared with people who not take a PPI, the researchers found. And those who took more than 40 mg a day of the PPI omeprazole (Prilosec) were associated with a 40 percent increased risk of stroke.

This is not the first study to suggest that PPIs should be used with caution, the authors said.

"PPIs have been associated with unhealthy [blood vessel] function, including heart attacks, kidney disease and dementia," Dr. Thomas Sehested, a researcher at the Danish Heart Foundation in Copenhagen, and the lead author of the study, said in a statement.

"At one time, PPIs were thought to be safe, without major side effects. This study further questions the cardiovascular safety of these drugs," Sehested said.

Although the study found an association between PPIs and stroke risk, it does not prove cause and effect. More studies are needed, and doctors should consider if and for how long patients should take these drugs, the researchers said. [7 Bizarre Drug Side Effects]

PPIs are not the only medicines available to treat heartburn. The researchers noted that another type of heartburn medication, called a histamine H2 antagonist, was found to have no association with stroke risk in the study. Histamine H2 antagonists include famotidine (Pepcid) and ranitidine (Zantac).

The authors said that they couldn't conclude whether these drugs were better for people than PPIs, however. Histamine H2 agonists can also have side effects, although they are rare, according to information about the drugs from the Mayo Clinic.

The new findings have not been published in a peer-reviewed journal.