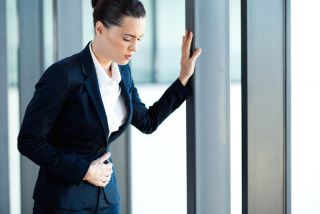 People who take a top-selling class of drugs to relieve heartburn and acid reflux may be at greater risk of having a heart attack than people who take other types of acid-suppressing medications, a large new study suggests.

In the study, researchers found that adults who were prescribed proton-pump inhibitors (PPIs) as a treatment for gastroesophageal reflux disease (GERD) were 16 to 21 percent more likely to suffer a heart attack over a 17-year period, compared with people who were not using these common medications. Popular PPIs include Nexium, Prilosec and Prevacid.

However, not all acid-suppressing drugs had a similar effect. The results also found that people who were taking H2 receptor blockers — another type of prescription medication used for acid reflux, such as Zantac, Tagamet and Pepcid —  did not face an increased risk for heart attack.

"The findings show that proton-pump inhibitorsmay not only lower stomach acid, they may also affect the health of the blood vessel itself," said study co-author Dr. Nicholas Leeper, a cardiologist and an assistant professor of surgery and medicine at Stanford University Medical Center in Stanford, California.

PPIs appear to produce a fairly modest increase in heart disease risk, Leeper said. But even a modest boost could translate into a sizable increase in heart attacks in the U.S. because millions of Americans are taking these acid-reducing drugs. [7 Bizarre Drug Side Effects]

In 2013, the PPI drug Nexium was the No. 2 selling prescription drug in the United States, with $6.1 billion in sales, according to IMS Health, which tracks drug sales. PPIs are taken to treat a range of conditions, from GERD and heartburn to stomach ulcers and Barrett's esophagus (a condition that involves serious damage to the lining of the esophagus).

It is not exactly clear how PPIs may increase people's risk of heart attack, but early lab and animal studies suggest that the drugs may reduce levels of nitric oxide, which is produced by the lining of blood vessels and helps to relax and protect them, Leeper said. It's possible this reduction in nitric acid could increase the risk of a heart attack.

For the study, published today (June 10) in the journal PLOS ONE, the researchers employed a method known as data mining. They used computers to scan through huge patient databases containing electronic health records of nearly 3 million people.

The scan extracted data from all physicians notes, prescriptions written, diagnostic codes for diseases and procedures done, and identified about 70,000 adults who had taken either PPIs or H2 blockers for GERD. Among these men and women, about 22,000 had a heart attack while using these medications during the study period.

The analysis revealed that the use of PPIs appeared to be linked with an increased risk of heart attack, while the use of H2 blockers showed no such association.

This study is an example of how large sets of data can be analyzed and potential drug hazards can be identified, Leeper told Live Science. He added that the study is a test of a hypothesis and shows an association, but does not prove causation.

But the findings raise some serious red flags about potential harms tied to the use of PPIs that warrant further investigation, Leeper said.

He said Stanford researchers have already completed a pilot study of 20 people with GERD who were taking prescription PPIs and had their blood vessel health measured while on the drug. This small study, which will be published in the August issue of  Vascular Medicine, found PPIs had a negative effect on blood vessels and showed a trend toward harm, but these results need to be replicated in a larger trial, Leeper said.

The current study did have some limitations. Data mining was only able to identify adults who were taking prescription PPIs and not those using over-the-counter forms of the medication. The researchers did not look at the dosage of the drugs taken, or whether people were obese or had insulin resistance, two factors that may also influence heart attack risk.

As for people who currently take prescription or over-the counter PPIs, Leeper said they should speak with their doctors to discuss the benefits and risks of these medications, especially if they are at elevated risk of a heart attack.