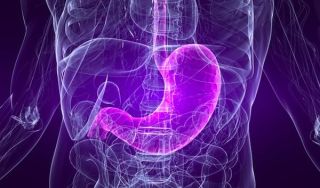 Stomach acid might cause a lot of people a lot of pain, but it also serves an important purpose in the body: it stops incipient infections in their tracks. Now, a new study says that medications that suppress the production of stomach acid can make people more susceptible to complications of gastrointestinal infections, including raising the risk of dying.

The study examined hospital patients infected with the drug-resistant bacteria Clostridium difficile, which is infamous for causing diarrhea in hospitalized patients and responsible for more deaths in the United States than all other intestinal infections combined.

In the study, patients who had recently taken prescription acid suppressants were almost five times more likely to die from their C. difficile infections than those who hadn't taken such drugs.

Previous studies linked the use of acid suppressants with an increased risk of becoming infected with C. difficile , but "this is the first study to have found an association between use of antacids and increase of mortality," said study author Dr. Edith R. Lederman, an infectious disease specialist at the Naval Medical Center in San Diego.

The report was published Oct. 5 in the journal Clinical Infectious Diseases.

The study included 485 patients with C. difficile infections at the Naval Medical Center San Diego between 2004 and 2008. Nearly half of the patients had previously been prescribed an acid suppressant, most were either proton-pump inhibitors (PPIs), such as Prilosec and Prevacid, or histamine-2 antagonists, such as Tagamet and Zantac.

Twenty-three patients died from their C. difficile infections; 19 of them had taken prescription acid suppressants during the 90 days before their hospital stay.

Use of acid suppressants was also associated with increased risk of other complications that led to intensive care unit admission, surgery or an abnormally dilated colon.

"Stomach acid is a very important defense mechanism against pathogens. It kills them," Lederman said. Although the new study does not provide "enough data to say that people should forgo use of acid suppression," she said, "clinicians and patients need to be aware of the potential consequences."

Infected people release C. difficile in their feces, in the form of endospores, which can't reproduce, but are very hardy. Able to survive without moisture, and resistant even to the alcohol in hand sanitizer, C. difficile endospores can end up on various surfaces in a room, find their way onto people's hands, and ultimately end up in someone's mouth, where they revert to a form of the bacteria that can reproduce.

Unlike endospores, the reproducing cells are more susceptible to harm, and can be killed by stomach acid. But if the environment within the stomach isn't all that acidic, the bacteria pass on unscathed to the intestines and cause a deadly infection.

"We overuse PPIs," said Dr. Herbert DuPont, vice chairman of the department of medicine at the Baylor College of Medicine. "We should use this class of drugs carefully" when treating high-risk groups, such as elderly people, those who are susceptible to infections and those who will receive antibiotics or be confined in hospital or nursing homes, he said.

In addition to C. difficile, "PPIs facilitate other intestinal infections," DuPont said, including "Salmonella, Campylobacter, Vibrios (including cholera) and Listeria — all important causes of food-borne disease."

Pass it on: Acid-suppressant drugs may decrease the ability of stomach acid to protect you from illness.