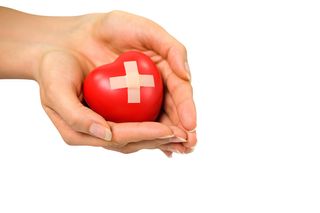 Patching up a failing heart is no easy task, but now, researchers are using a new combination of cells to make grafts of heart tissue. In a new study, they used these grafts to fix failing hearts in guinea pigs.

The results might one day allow researchers to engineer heart muscle grafts that could help to heal hearts in human patients with heart failure, the researchers said. Heart failure is commonly caused by a heart attack, and the condition affects more than 5 million people in the United States, according to the American Heart Association. However, more research is needed before the new procedure can be tested in humans, the researchers said.

The researchers are currently testing this same procedure in larger animals — pigs — and are working toward performing a human trial, said study co-author Thomas Eschenhagen, a professor of experimental pharmacology and toxicology at the University Medical Center Hamburg-Eppendorf – UKE in Germany. [10 Amazing Facts About Your Heart]

The heart damage that accompanies heart failure often leads to a loss of heart muscle tissue. This loss is essentially irreversible, because heart muscle tissue cannot regenerate itself, the researchers said. Scientists have considered using human stem cells to repair heart damage, but some research has suggested that such cells often don't survive when they are implanted in a person's body, according to the study.

The researchers used the guinea pig model because these animals' hearts share certain common features with human hearts, according to the study. The researchers found that over the 28 days that followed the implantation procedure, the heart muscle grafts not only integrated with the animals' injured hearts, but also formed new heart muscle, according to the study, which was published Thursday (Nov. 2) in the journal Science Translational Medicine. With the new grafts in place, the guinea pig hearts' ability to pump blood improved by 31 percent compared with their ability to pump blood prior to the implantation, the researchers found. [The 7 Biggest Mysteries of the Human Body]

Another group of guinea pigs served as a control. With this group, the researchers induced the same heart injuries, but then treated them with patches of material that were free of any cells, as well as with different kinds of control patches. They found that those patches had no effect on the animals' ability to pump blood.

Together, these findings suggest that these three-dimensional heart muscle grafts can help to repair injured hearts, at least in this animal model, according to the study.